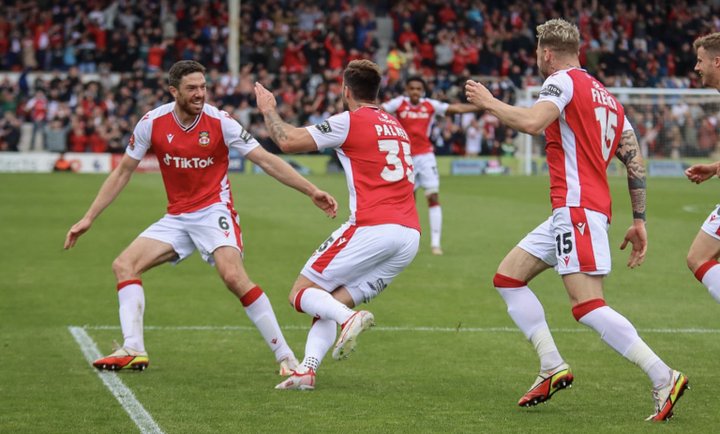 Wrexham once again blew the title race wide open as the stunned Stockport County to return to the top of the table.

Ollie Palmer was at the double to ensure this epic championship chase goes to the final day.

His pair of headers either side of a lethal Paul Mullin strike seconds before half-time made it a day to remember for the Wrexham fans in the sell-out 10,000 crowd.

The visitors just had to answer as they slipped to a fourth defeat in seven matches after this 3-0 Dragons win.

But despite the scoreline at an electric Racecourse, Stockport’s destiny is still in their own hands.

Four points from their final two games at home to both Torquay United and FC Halifax Town will return the club to the EFL.

Wrexham go to Dagenham & Redbridge on Sunday with the Londoners themselves still looking to secure a play-off place.

What a final day it is going to be!