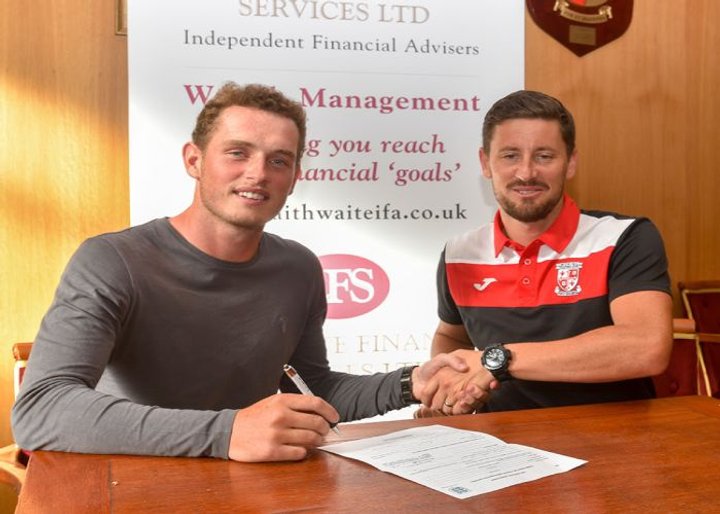 Woking have announced the signing of Josh Staunton.

Staunton, 21, is a central defender who can also play at right-back or as a defensive midfielder.

He started his career at Gillingham between the ages of 6-19, moving to Charlton Athletic in 2015 where he captained the under-21 team and had a one-month loan at St Albans City in the National League South.

Last summer he joined Dagenham & Redbridge, making thirty-six appearances and helped the Daggers reach the play-offs in the National League.

Staunton said: “After speaking to Anthony, and speaking to Terell Thomas, I thought this is a club which can help me progress, and a club with great ambition to get into the league, and I’m looking forward to getting started.”

Manager Anthony Limbrick commented: “We have known about Josh since he come through Gillingham’s academy. His year at Dagenham impressed us especially as they finished in the play-offs. As soon as we found out that he rejected a new deal we were keen to get him to Woking, as we knew the quality he will add to the team”.

 Bromley Swoop For Williams Bromley have announced the signing of Brett Williams.

Second New Signing of the Day For Fleet  Ebbsfleet United have made Bagasan Graham their third new signing of the close season after Daryl McMahon landed the former Chelmsford City player today.