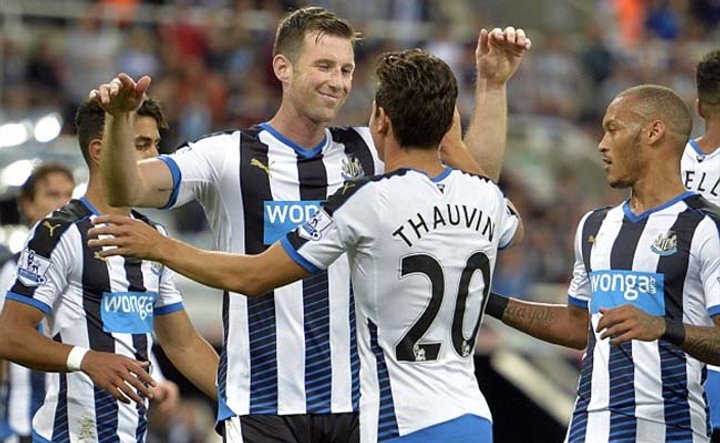 The 34-year-old centre-back has played over 130 Premier League matches for the Magpies.

He appeared last season for Oxford United in League One and the Heed - who have started the new National League campaign with back-to-back wins - have convinced him to return to Tyneside.

Manager Steve Watson said: “As much as we’ve built and progressed over the summer we still haven’t been able to add that bit of experience and Mike certainly brings that.

“It’s massive experience that he brings to the club having played at the highest level.

“As I’ve said I’ve tried to build a squad full of the right characters and Mike is certainly one of those.

“He’s a very intelligent lad and is looking at going further in the game, he helps us out on and off the pitch and is still a hell of a player.”

Watson, who could involve the former Wycombe and Wolves man on Saturday at home to

Dover Athletic, added: “I explained to him how we’ve had our backs to the wall all summer, how we’ve built a young hungry squad and Mike bought into that straight away.

“He was committed to living in Newcastle with his family long before we spoke, he’s got a lot of ties up here and it works out well for both parties.

“I know Mike has had offers from elsewhere over the summer and he’s certainly not here for any other reason, he wants to play for the football club.

“He believes in the process and what we’re trying to do, the only reason it hasn’t been done earlier was to get him playing competitive football as he hasn’t for a while.”

Watson Certain Port Will Find Winning Formula  Liam Watson is sure that it will only be a matter of time before his Southport team find the right formula and begin to pick up points this season, writes Tom Scott.