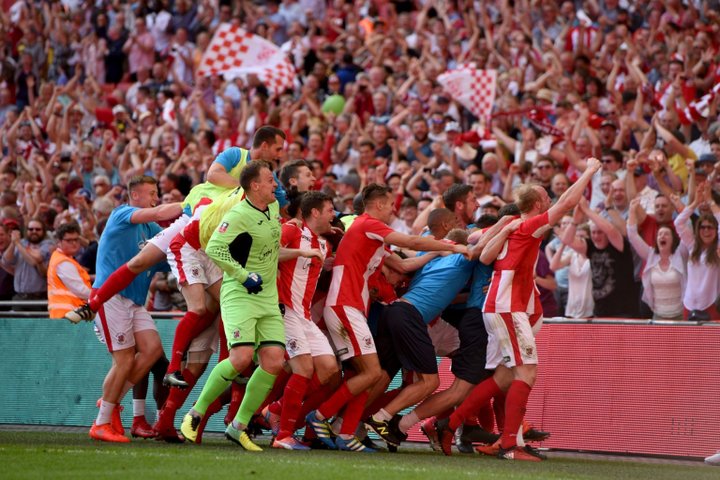 Having played ten matches to get the Wembley, it was perhaps obvious that if Brackley Town were going to get their hands on the FA Trophy then it wasn’t going to be via a straightforward route.

Just like their pathway to the final, it had bends in the road. But something special was waiting for them at the finishing line.

The Saints were Wembley winners and it came from a late, late own goal which gave them the chance to hold their nerve in the penalty shoot out.

Three years on from defeat at the National Stadium as Wrexham boss, Kevin Wilkin was able to set the record straight. 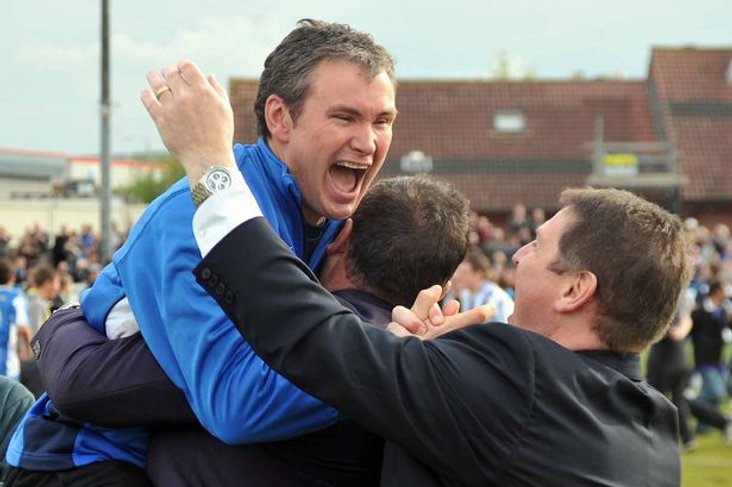 “It’s sheer jubilation,” he said. “It’s difficult to all take in if I’m being honest.

“To be seconds from defeat and then going up to lift the FA Trophy shows the belief that players have.

“Hopefully days like this can happen again and the club can go on from this and progress even further.

“It’s been a great season for us. We overachieved finishing third in the National League North against such incredible competition. 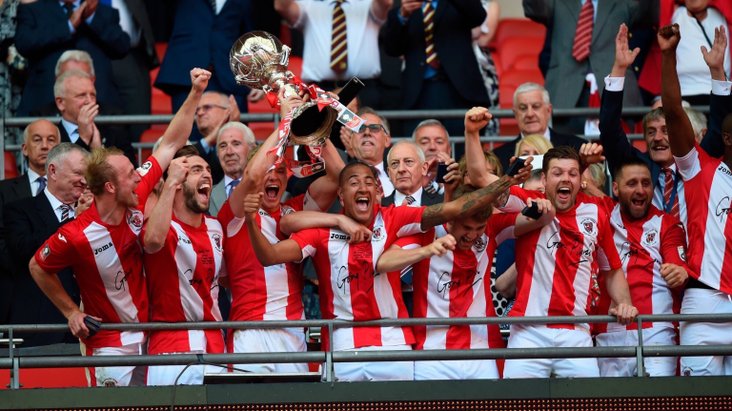 “We feel just short in the Promotion Final but take nothing away from the players. This is reward for them.

“It’s fantastic for everyone at the club. The board have always been behind me. If I ever needed to change something they allowed me to, and when you get that level of support these moments are even better.

“I have experienced coming to Wembley and leaving having lost so it’s a rather nice feeling to be able to enjoy this visit!”

Wood Receive Some Good News After Promotion Final Frustration  Boreham Wood, who have enjoyed a marvellous 2017/18 season, despite falling at the final Promotion Final hurdle, have announced they have secured an extension to their current lease at Meadow Park.