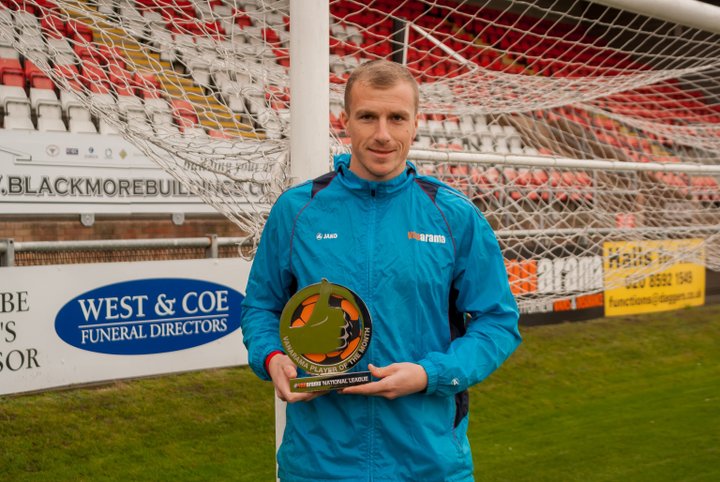 As months go, Elliot Justham has certainly had worse ones. A new baby and a new lease of life on the pitch have really changed everything for the goalkeeper.

Football, as we all know, can surprise you when you least expect it. Not long ago Dagenham were struggling for form, but you can almost forget all that now.

It’s been a pretty remarkable few weeks for Justham. The 28-year-old stopper has put in a string of outstanding performances that have helped the Daggers soar, just when relegation seemed a real possibility.

He helped his side to wins over Bromley and Havant and Waterlooville but it’s the victory against promotion-chasing AFC Fylde that stands out the most.

After being by his wife’s side for the birth of their second child, just hours later the stopper was between the sticks pulling off a whole host of match-winning saves to help his side to three points against the Coasters.

He’s certainly the daddy of Dagenham at the moment!

Winner Leigh Is Getting His Teeth Into White Tigers  Back in October, things weren't looking so bright for Truro City. Stuck in the bottom three and playing miles from home, new manager Leigh Robinson had to lift spirits.