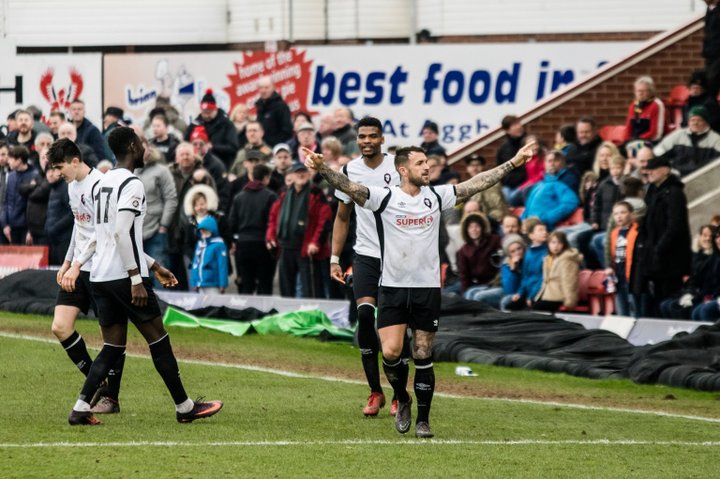 At times, the Salford City rise up the leagues has seemed almost scripted - things falling into place against the odds with plenty of drama thrown in to boot.

Unless you’ve been living under a rock for the past few days, you will have noticed yet another one of those instances on Saturday at Aggborough.

But it can’t just be a coincidence. We spent the afternoon with the National League North leaders during one of the best football comebacks in recent memory.

The cameras were there too. Perhaps garnering more media interest than any other Non-League club, things aren’t easy for Salford despite their detractors pointing out their healthy budget. 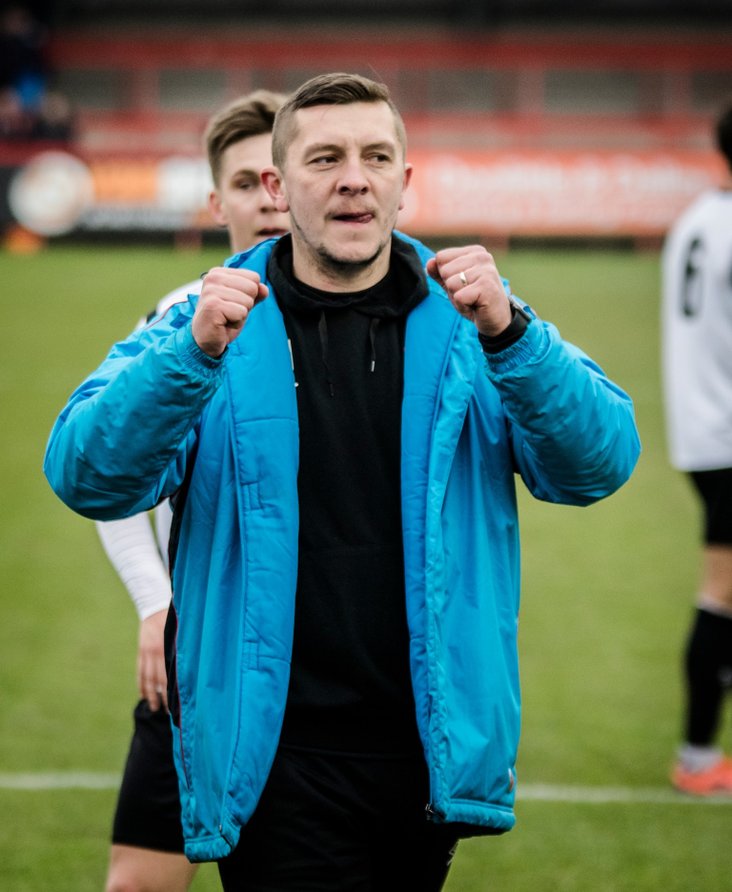 Football isn’t played on paper and don’t Salford know it. Four goals down, and deservedly so, to a rampant Kidderminster Harriers team who on their day are unstoppable.

But the tides were about to turn. Three goals in ten minutes, all scored by substitutes, gave Salford a glimmer of hope. But surely they couldn’t, could they?

Of course they could. And just for dramatic effect, Tom Walker had his 96th-minute penalty saved before he crashed home the rebound. Aggborough was left stunned.

“We’ve got the documentary cameras following us about and at times it feels like it’s scripted the way things happen for us,” joint-boss Anthony Johnson said.

“Tom will be the first to hold his hands up about his performance but to have the frame of mind to take the penalty, miss it and then follow it in - fair play to the kid.

“I’ve said it since minute one that this is the most competitive division in League and Non-League football.

“We knew a point would keep us top and it keeps the pressure on Harrogate and Brackley who face each other on Friday.

“North Ferriby have done the double over Blyth this season and they’ll be looking to get over that hangover against us on Tuesday night.”

Back-to-back promotions in their first two seasons in charge, Johnson and joint-manager Bernard Morley have handled the pressure remarkably well.

They may have lost in the National League North play-offs last term but they’ve come back stronger and will be hoping to avoid the end of season showdown entirely.

The Ammies remain top of the table but Harrogate hold a slight advantage, sitting just a point behind Salford with a game in hand.

Still, you’d have to brave to bet against Salford - a team full of quality with winners at the helm, in the dugout and boardroom.

“The raw emotion when that fourth goal went in on Saturday, I’ve never felt anything like that in nine years of management,” Johnson added.

“We’ll look back at Saturday, see what we can put right and look forward to a big game on Tuesday night.

“We think we’re on a pretty decent run of form for the stage of the season that we’re at.

“There’ll be more twists and turns before the end of the season. We enjoy the big occasions. We all enjoy playing in these big matches.”

Mark Bower Says Avenue's Win Was One Of Their Best  Bradford Park Avenue boss Mark Bower says his side defeating AFC Telford United 2-1 was one of his most pleasing victories of the season.