What's Happened In The Transfer Market So Far This Week? 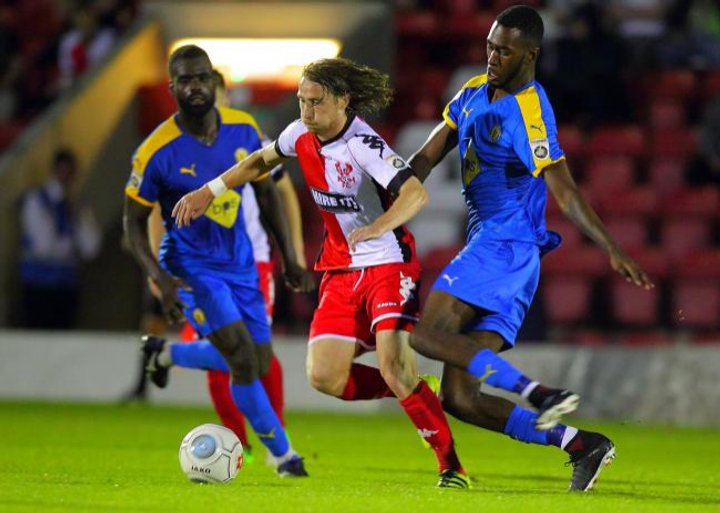 It’s already been a busy week of transfers involving National League clubs - if your eye has been off the ball because of the World Cup, we’re here to help!

There has been a high number of movers and shakers as teams gear up for their return to pre-season training.

With many sides heading back to do some running as early as next week, it’s all about getting squads in place.

The start of the week was a sign of what was to come with a number of transfers being completed across the three divisions.

We’re three days in and we’ve seen plenty of deals done. Who needs the World Cup!

Here’s Aidan Jones’ run-down of some of the top transfers from the past three days.

Dan Wishart – made his first signing of the summer, bringing in the 26-year old from Forest Green Rovers. The defender who plays left back signed a two year deal to return Gander Green Lane after leaving for Rovers in 2016.

Alex Finney – Maidstone United were in business early in the week, making Finney their second signing of the summer, following an impressive loan spell for Jay Saunders side. The defender moves from QPR and has signed a two-year deal with the club.

Delano Sam-Yorke – Dartford completed the signing of the former Maidstone striker, who scored just the one goal for the Stones last season. Prior to joining Jay Saunders side, he played for Woking, Basingstoke, Cambridge United, Lincoln and Forest Green.

Scott Wiseman – Salford City made another step to being ready for the new campaign, signing defender Scott Wiseman on a one-year deal, following his release from Chesterfield, where he made 29 appearances.

Connor Thompson – Gateshead manager Steve Watson, who signed a new deal at the Heed recently, made his first signing of the summer, bringing in Connor Thompson from FC Halifax Town who signed the midfielder in March.

John Mills – Bath City completed the signing of John Mills from Hereford FC, and won the battle to sign the striker with him turning down several offers to join the National League South side.

Ed Williams – Kidderminster Harriers completed the signing of the 22-year-old midfielder, who spent the previous three seasons playing for rivals Gloucester City, and netted nine goals during the previous campaign.

Josh Gillies – South Shields made their fourth signing of the summer, welcoming Josh Gillies to the club from Darlington, and is the second big name to leave the Evo-Stik NPL Premier club this summer.

Charlie Carter – It's a heartbreaker for Woking fans. The attacking midfield who scored 12 times last season has left for Chesterfield.

Charlie Clough – Sutton United, have made their statement ahead of the new season, by re-signing Charlie Clough from Barnet who has been released following their relegation out of the EFL. The 27-year old is familiar of the surroundings following playing for the club on two separate occasions, over the past eight years.

Will Puddy – Chippenham Town, completed a signing late on Wednesday evening, bringing in former Bristol Rovers goalkeeper Will Puddy, who previously made 15 appearances for Sutton United in 2017.

 Dartford’s Forward Line Is Now Starting To Look On Point Having been unable to keep hold of last season’s leading scorer, Dartford are leaving nothing to chance.

Get Carter! It’s Next Stop Chesterfield For Woking’s Star  Charlie Carter has signed for Chesterfield following a fantastic season for Woking.