What’s Ahead This Evening Across The National League 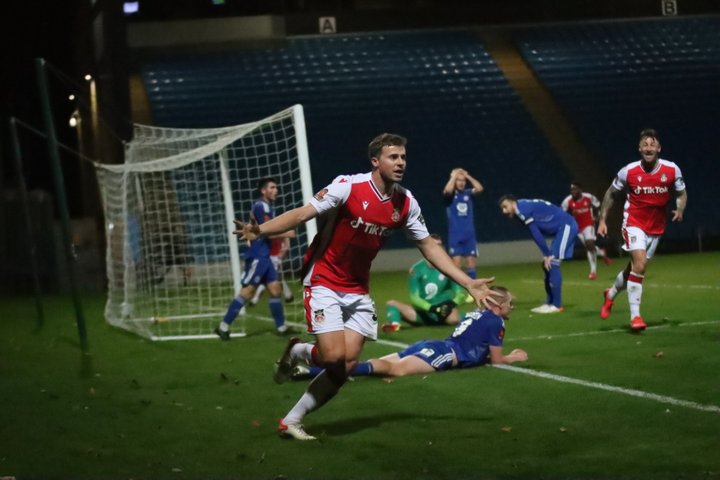 There will be plenty of teams battling the almost sub-zero temperatures this evening as the action returns.

Four games across the three divisions will keep us all warm as the big chill continues.

Wrexham know there is big reward on offer if they can get the better of Yeovil Town tonight.

Victory over Darren Sarll’s Glovers will see the Dragons lift themselves in third place in the Vanarama National League table.

A win will take Phil Parkinson’s men to within three points of leaders Chesterfield in the division’s only game.

Yeovil, though, have a promotion push of their own to think about.

Should they leave the chilly Racecourse with a win in their back pocket, they will go to within two points of the hosts, who currently hold the final play-off place.

There’s two games in the National League with three of the promotion chasers lacing up their ice-cold boots.

We will have new leaders in Ebbsfleet United win well at Oxford City.

The Fleet need to win by two goals at the Velocity Stadium - but German boss Dennis Kutrieb knows the size of the task in front of his team.

City are undefeated in eight games and have won five of those. Last time at home they defeated the side sitting in second place, Dulwich Hamlet.

It was so long ago that St Albans City were holding that position.

But a few weeks is a long time in football and the Saints have slipped down into ninth place.

As it happens, they could move level on points with the second place sides but the Saints will have to get back to winning ways at Tonbridge Angels, who could put eight points worth of distance between themselves and the relegation spot.

 What Happened On Tuesday Across The National League? There were some eye-catching results on Tuesday night with action in all three divisions and the FA Trophy.