What’s Ahead On Tuesday Night Across The National League 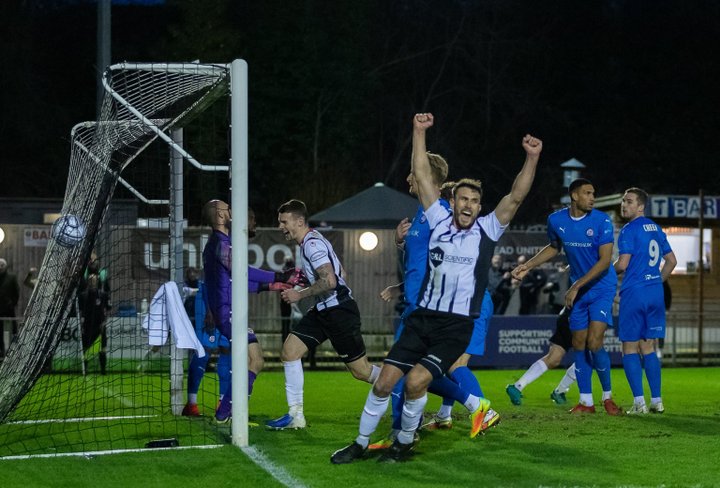 The action doesn’t stop any time soon - tonight sees plenty of clubs lace up their boots as the battle for vital points continues.

We’re fast approaching the business end of the season and the power of victories can make all the difference to the division’s outlook - so what’s ahead later?

Chesterfield will be back on top of the National League if they return from Maidenhead United undefeated.

Wing back Jeff King said after Saturday’s thumping win at Barnet that the Spireites are the best team in the league - and the struggling Magpies will want prove they can be beaten.

If Stockport County continue their progress under Dave Challinor then they will feel they can make a play for top spot still.

Victory at home to Eastleigh on Tuesday night takes the club into third.

We could have new National League North leaders, too.

Gateshead know three point at home to AFC Telford United takes them ahead of Brackley Town.

So good at the International Stadium, manager Mike Williamson wants to celebrate a great few days with another win in front of their fans.

Kidderminster Harriers will jump to third if they leave Hereford with all three points.

Southport are looking to cement a top seven place and they can enhance their play-off chances by beating struggling Bradford PA.

Dorking Wanderers went top of the National League South on Saturday for the first time on Saturday.

They can put distance between themselves and the other title chasers by winning at Dulwich Hamlet, who themselves have big promotion ambitions.

Chippenham Town are surprising everyone and in sixth they will strengthen their hand if they see off Tonbridge Angels.

Meanwhile Hampton & RB are opening their doors for free as the Beavers face bottom side Braintree Town.

 Oxford Boss Oldfield Is The Man For Weymouth Weymouth have announced David Oldfield as their new manager.