What’s Ahead Of Us Tonight Across The National League 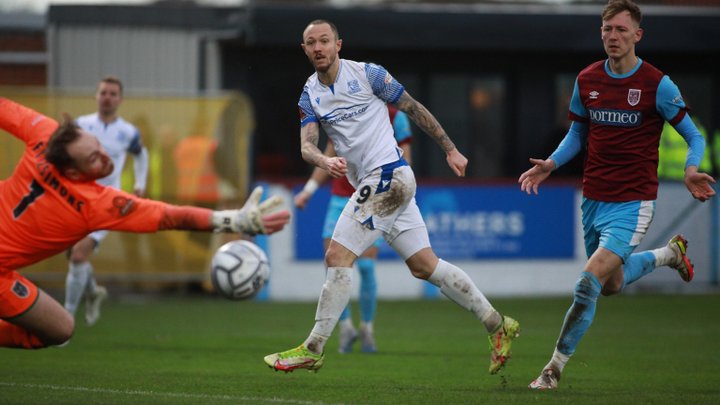 The action keeps coming thick and fast with some crucial points on offer tonight.

The new leaders can stretch their legs at the top - three points for FC Halifax Town at home to Grimsby Town will see them push four point clear.

The Shaymen have won eight from nine at home and Pete Wild called his team near perfect when they dispatched Eastleigh at the weekend.

Luke Garrard knows it’s priority promotion and a home games against Wealdstone sees the title chasers play one of their games in hand.

Stockport County are still sitting outside the top seven but can’t be discounted from the championship battle - they have won five from six.

Dave Challinor’s team will be backed by big numbers at Altrincham.

Notts County and their fans have had a hard time of it lately with two away games called off after their team had arrived in the past three weeks.

They are back at King’s Lynn Town looking for a fourth win in a row.

If Southend United beat Yeovil Town they will move themselves seven points above the bottom three.

Brackley Town will go five points clear at the top of the table if they win against Kettering Town.

After their 6-0 battering against Darlington, the last thing Farsley Celtic need is a trip to FA Cup heroes Kidderminster Harriers.

Russ Penn has called for focus as they look to keep their promotion crusade bubbling along.

 What Happened On Tuesday Night Across The National League The promotion chasers put on a show as some big points were earned on Tuesday night.

More Live BT Sport Matches Are Added To The Bill  The Vanarama National League and BT Sport are thrilled to announce further live feature matches as we enter the business end of the season.