What Happened Tonight In The League And FA Trophy? 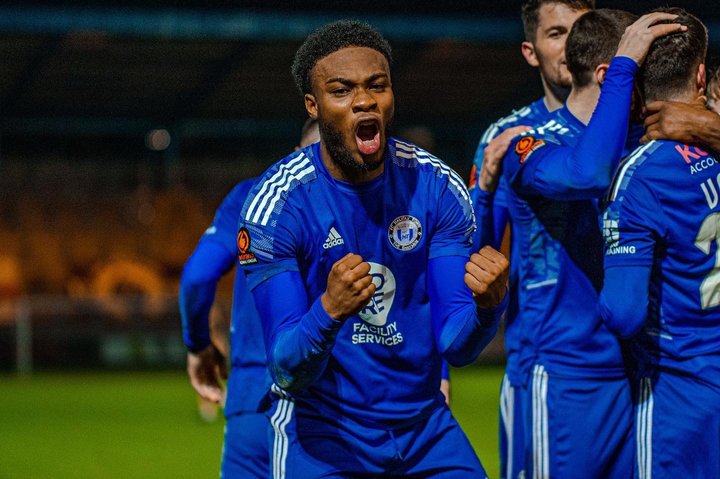 There may not have been many games tonight but those that went ahead produced bucket loads of late drama.

But one game did survive in the National League North - and there was a relegation twist.

Guiseley heaped on the misery for AFC Telford United, whose relegation worries deepen.

Their fellow strugglers sealed a huge three points as Josh Stones hit the Bucks hard with a winner five minutes from time.

It was enough to moved the Lions five points clear of Telford, who remain propping up the rest.

It wasn’t the only dose of late drama administered.

There was an FA Trophy thriller in Yorkshire as Bradford PA and FC Halifax Town crossed swords.

Sparks flew but it was the National League Shaymen who progressed on penalties.

It ended 3-3 in normal time - Isaac Marriott thought he had won it in the 90th minute for Avenue.

But four minutes into time added on, Halifax levelled through Tom Bradbury to take it to spot kicks, Billy Waters slotting home the all important penalty.

Town will now travel to Alfreton in the New Year.

Tuesday Night’s League And FA Trophy Preview  There’s still football to be found on Tuesday night as the final games before Christmas are played.