What Happened On Tuesday Night Across The National League 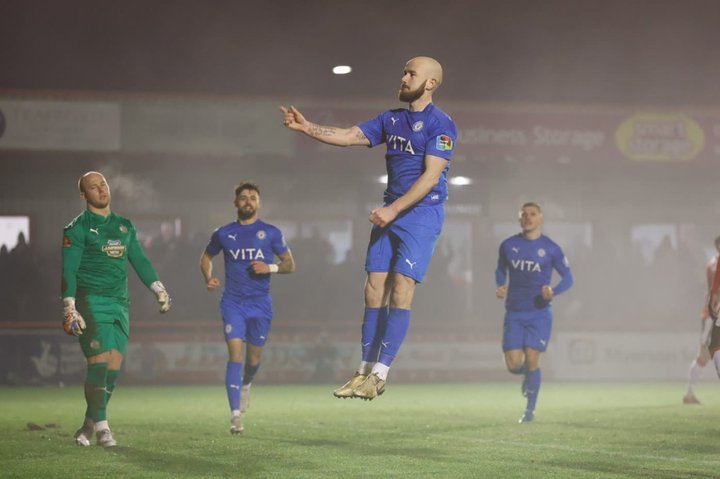 The promotion chasers put on a show as some big points were earned on Tuesday night.

FC Halifax Town move four points clear at the top of the National League after edging out Grimsby Town.

Matty Warburton kept his composure from the penalty spot to earn a crucial 1-0 win for Pete Wild’s table toppers.

Boreham Wood just don’t let in goals and a winner from Danilo Orsi polished off Wealdstone.

Stockport County got their win in style as they brushed aside Altrincham 4-1, pictured.

Will Collar continued his great form with another goal and County are looking strong under Dave Challinor.

Callum Roberts helped himself to a hat-trick as the Magpies came from behind to defeat King’s Lynn Town at the Walks.

Southend have also really picked things up - the won 2-1 against Yeovil Town to put daylight between themselves and the bottom three.

Tom Clifford got what proved to be the winner at Roots Hall.

A 1-0 win over Kettering Town was earned by Lee Ndlovu.

Kidderminster Harriers warmed up for the visit of West Ham coming overcoming an early blow against Farsley Celtic.

 Weymouth Take Stock As Brian Leaves The Terras Weymouth have this morning announced the departure of manager Brian Stock.

What’s Ahead Of Us Tonight Across The National League  The action keeps coming thick and fast with some crucial points on offer tonight.