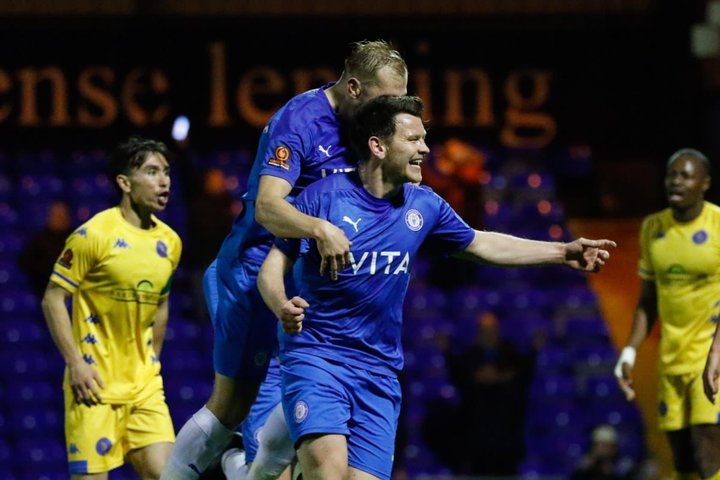 There were shocks in store for the teams at the top on another highly eventful National League night.

A-Jay Leich-Smith six minutes into time added on sent the Alty fans wild as they snatched a point, but James Rowe’s side stay top.

That’s because the chasing pack all failed to win - but Boreham Wood bit back to claim a 1-1 draw with Notts County thanks to Tyrone Marsh.

There was no joy for third-place Grimsby Town though, they lost 2-0 at Solihull Moors. Adam Rooney and Joe Sbarra on the mark for Neal Ardley.

Bromley’s great unbeaten run is over as Tom Knowles hit another beauty for Yeovil, the Glovers left Hayes Lane with all the points and a 2-1 win.

Jennings was only last week given the all-clear after treatment for bone cancer and he celebrated a great moment in style.

Thavon Campbell is on fire, he scored twice as Woking won 3-2 at Weymouth.

Torquay United fell to another defeat, losing 1-0 at Aldershot Town who are picking up under Mark Molesley. Lewis Kinsella won it five minutes from time.

Jayden Sweeney was at the double at Wealdstone won 3-2 at Dover, while Danny Whitehall was the Eastleigh match winner at inconsistent Dagenham & Redbridge.

The only game in the National League South was a thriller.

Sam Corne struck twice to lift the Stones into third, just three points off leaders Dartford as Fleet missed the chance to top the table.

They came from behind to win 3-1 at Gloucester City. Ashley Hemmings, Alex Penny and Sam Austin on target.

Jake Wright was deadly for Boston United with an early double and they strolled to a 2-0 win over ten man Darlington.

Lewis Hey was the hero for Guiseley as they left Chester with an impressive 1-0 win.

There was also success for Southport as they defeated Alfreton 2-0, the goals both coming from Connor Woods.

 Managerial Duo Depart as Chester Search for an Upturn in Results Chester have confirmed co-managers Bernard Morley and Anthony Johnson have left the club.