What Happened On Saturday In The National League? 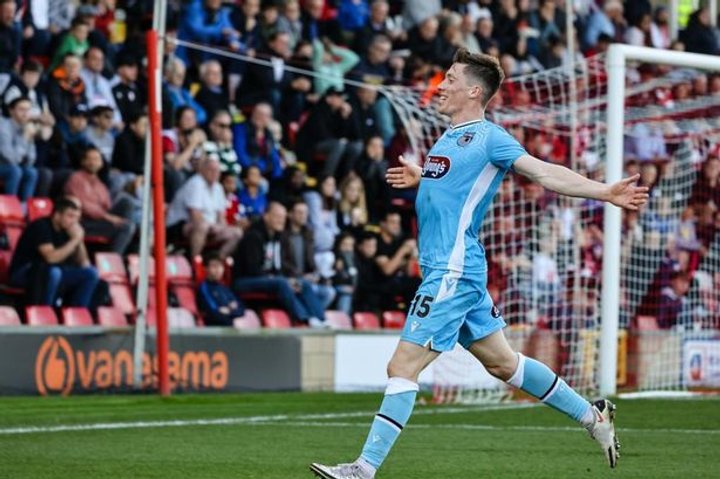 It was an action packed afternoon around the grounds as all three National League divisions resumed.

Over 4,000 saw it, and the league leaders have now won three in a row.

Bromley are on an even better run - two wonder-goals helped them overcome Torquay United live on BT Sport.

Macus Sablier, 18, got his first senior goal in style before a rocket from defender Omar Sowunmi sealed a fifth victory on the spin.

Boreham Wood were brilliant as they downed Dagenham, the second-place side won 2-0 with Jamal Fyfield and Josh Rees on target.

FC Halifax Town keep the pressure on the fast starters. Jordan Slew scored again as they won 2-0 at home to Weymouth.

Ruben Rodriques is having another big season - his two goals for Notts County defeated Yeovil Town.

Altrincham were too good in the second half against Maidenhead United as Ben House’ late winner handed Eastleigh the points at Wealdstone.

Brackley Town go top of the National League North as they won and AFC Fylde failed to.

Ethan Walker rescued a point late on for Fylde at Alfreton Town.

Spennymoor are loitering with intent as Glen Taylor got the decisive goal at home to AFC Telford United.

Chorley won 2-0 at Blyth Spartans and York City are looking sharper - a 3-1 victory over Southport was confirmed by Olly Dyson.

Dartford now have a five point lead at the top of the National League South.

Ade Azeez got the all important goal at home to Hungerford, and the Darts’ day was made sweeter by Maidstone United’s 2-0 home defeat to Eastbourne Borough.

New Billericay Town manager Jody Brown got off to a flying start - a 2-1 win at Dulwich Hamlet was just what the bottom side needed.

James McShane scored twice to get Dorking Wanderers up and running, they eased past Bath City 4-1.