What Happened On Monday In The National League? 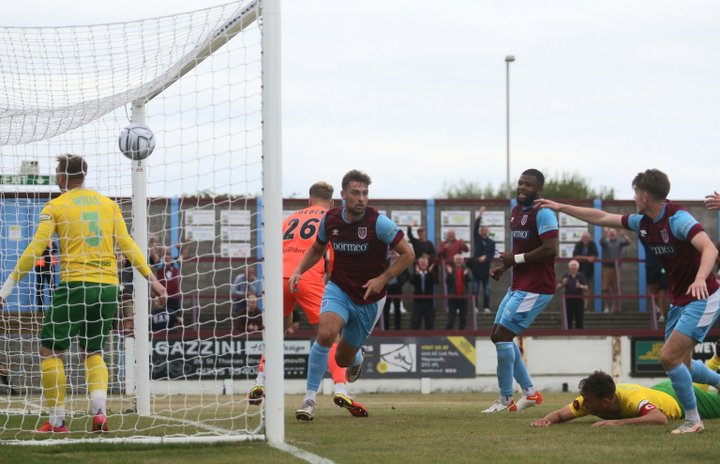 The second instalment of the Bank Holiday weekend double had plenty of twists and turns as the crowds came out up and down the country.

The big name strikers shone as Wrexham battled back to earn a 1-1 draw with Notts County in the live BT Sport game.

Paul Mullin made it 1-1 after a sensational Kyle Wootton header. Both have five points from a possible nine.

There are three teams at 100 per cent after three games, with a trio of teams blazing an early trail.

Dagenham & Redbridge are the team topping the fledgling table - Paul McCallum and Josh Walker hit the mark in a 2-0 success at Barnet.

Chesterfield have been flawless so far as well and new striker Kabo Tshimanga has had a sensational start.

He scored both goals as James Rowe’s team won 2-0 at King’s Lynn Town.

The other side to win three from three are Boreham Wood. A 1-0 win at Dover Athletic made sure Luke Garrard’s team returned home with their perfect start in tact.

Bromley are up and running, Michael Cheek was among the scorers as they were 3-0 win over Eastleigh while Wealdstone and Southend fired blanks.

Joe Quigley got both goals as Yeovil Town put their difficult opening day defeat to bed with a 2-1 success at Aldershot.

There are two National League North clubs who have yet to drop points.

AFC Fylde won again, even though they played with ten men for the entire second half.

They have company at the top - Brackley Town beat Leamington 2-1, Matt Lowe again the hero.

Curzon Ashton have made a strong start too and Dom Knowles’ double helped the Nash to a 2-1 win over Darlington.

There’s only one flawless side left in the National League South.

Predator Jake Robinson scored twice as Dartford make it 12 points from 12 as they defeated Eastbourne 3-1 at Princes Park.

Dorking Wanderers’ slow start continued as they surrendered a lead at home to Hungerford as Nana Kyei completed the turn around.

Hemel Hempstead have also started poorly as they were hammered 6-0 at home by Dulwich Hamlet, Danny Mills helped himself to two goals.

Havant & Waterlooville went down at Chippenham, Will Richards’ 43rd minute effort proved to be the difference.

Perhaps the result of the day came at Oxford City, who ripped high flying Bath City apart. It ended 5-1 with Harvey Bradbury at the double.

Elsewhere, Chelmsford City and Ebbsfleet United fired blanks but the Essex derby between Braintree and Billericay was a thriller - Norman Wabo’s double rescued a point for the Blues in a 2-2 draw.

Two Of The World’s Oldest Clubs Look To A Brave New World  The last time Wrexham fans flooded into the Racecourse for a league match, the world looked a little bit different.