What Happened In The National League And FA Trophy Today 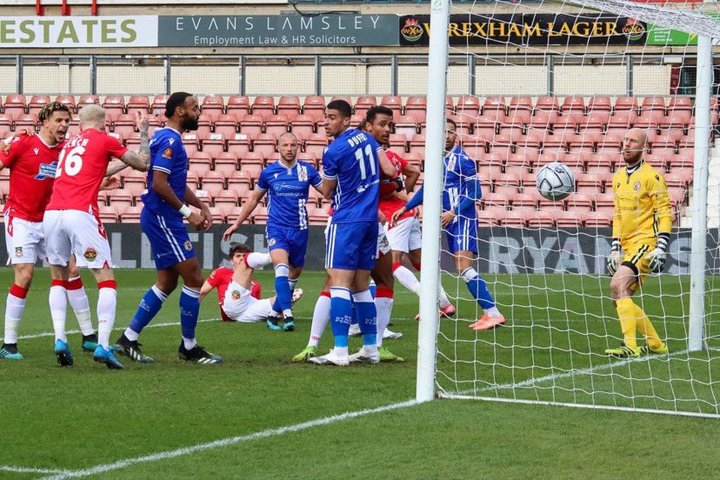 It was another unpredictable National League afternoon laced with some incredible FA Trophy shocks.

National League North Hereford will walk out at Wembley and they will face Isthmian League AFC Hornchurch after a thrilling day.

In the National League, Sutton United showed typical title-winning spirit to come from 2-0 down to draw 2-2 at FC Halifax Town.

Hartlepool United will be cursing Paddy Madden’s leveller as Stockport County bit back to deny them in a 1-1 draw.

Torquay United haven’t enjoyed life away from home lately, and an Angelo Balanta winner saw them fall to a 1-0 defeat at Dagenham.

Chesterfield stormed into the top seven for the first time this season but they were made to work for it by Weymouth.

A first-half Tom Whelan goal was good enough as the Spireites won 1-0 against the stubborn Terras.

In the live BT Sport game, Ryan Colclough’s go direct from a corner was enough for Altrincham to secure a seventh away win of the season at Maidenhead.

Solihull Moors’ nine men raised their spirits, a hard-earned 1-0 victory over Aldershot was delivered by Cameron Archer on the half hour.

King’s Lynn’s players also lifted the mood, Simeon Jackson sealed a come-from-behind win over Eastleigh, 2-1 it ended at The Walks.

National League Statement | Outcome of Club Charges  An Independent Panel, commissioned by The National League, has met to hear the cases of 18 Member Clubs charged with alleged breaches of League Rules.