Wet Lettuce Is Now Off The Huish Park Menu Next Season! 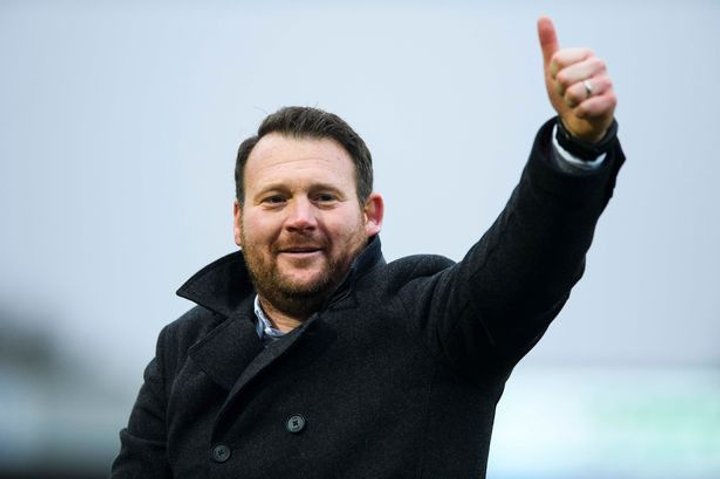 Yeovil Town are shaping up well ahead of the big kick-off but manager Darren Sarll says he’s determined not to be watching wet lettuces next season!

The Glovers begin their Vanarama National League campaign with a trip to Wrexham on August 21.

The Huish Park boss says last season is best left in the past, but he is keen to learn from the mistakes of a very difficult and emotional nine months.

A poor season was put into perspective following the sudden and tragic death of popular captain Lee Collins back in April.

Yeovil won 1-0 at Taunton Town on Tuesday night and Sarll has been encouraged by their pre-season performances.

They have conceded just one goal in their last three friendly games and that delights the manager.

“We’re starting to see a pattern,” he told the club’s video player after Tom Knowles' second half strike earned victory.

“We conceded 60-odd goals last season. My teams usually concede goals because of the assertive way I am as a character.

“We’ve looked strong in our shape so far and we need to keep developing that. We can’t afford to be too expansive - we need to access parts of the pitch a bit differently this year.

“I am 100 per cent sure we’re not going to be a bunch of wet lettuces if we continue to nail our organisation.

“So far in pre-season there’s not been those hairy moments I saw in every half last year!”

He has hinted at more new faces, but says if there are further additions it needs to be right for the club and the team.

“There are some good things and I’m pleased with the mentality, but I’m sure the group will grow as we get further into pre-season,” he added.

“But we’re looking for value, real value - both financially, and for someone to come into the starting eleven and make a real impact.”

 Chorley Hope To Be Singing A Promotion Anthem This Time! If you were under the impression there couldn’t have been a National League North club going who enjoyed last season, you’ve not spoken with anyone at Chorley.

Robinson Ready To Get His South Scoring Boots Back On Again  For a player who is so desperate to leave it behind, Jake Robinson is doing a pretty good impression of someone who is smitten with the National League South.