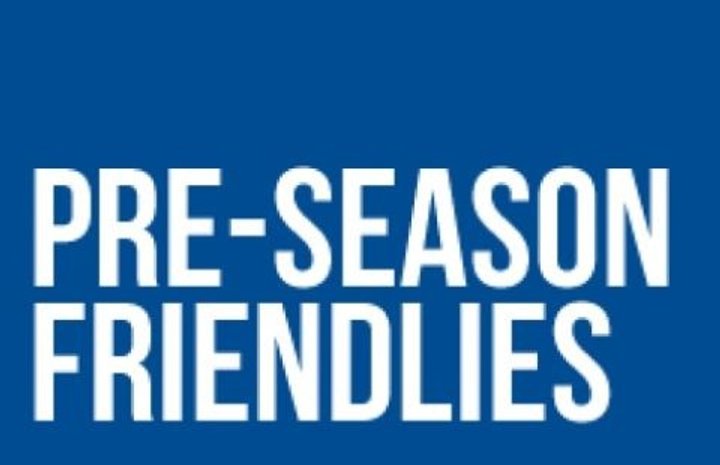 After a feisty first half that saw four bookings dished out, the local rivals went into the break level after Reece Thompson’s opener was quickly cancelled out by Jordan Robertson’s back post header.

It was a moment of real quality that ensured Town claimed victory over the Minstermen for the second successive pre-season though, as Andi Thanoj’s 61st minute free-kick proved to be the difference.

The Tigers were twice in front at Evesham United's Jubilee Stadium with goals from Joe Parker and Craig Reid but Darryl Knights scored Solihull's winner in the 79th minute to complete a personal hat-trick.

It took an 89th minute winner from veteran Stephen Crainey to clinch the win for the Coasters.

New-look Gainsborough Trinity edged out League Two new boys Grimsby Town by the odd goal in five at the Northolme.

The visitors had taken the lead in the first half when Omar Bogle netted with a stunning curling shot from 25 yards.

However, Trinity`s Jacob Hazel levelled things from the penalty spot after Andrew Boyce was penalised for a high tackle.

The Mariners restored the lead soon after when Luke Summerfield finished off a great move with a neat finish inside the box.

And the visitors were pegged back when Matty Wilson powered home a header from a corner with 15 minutes to go.

But Trinity weren't ready to settle for the draw, and when James McKeown tipped Reid's effort onto the crossbar, there was Ash Worsfold to follow up to slam home the winner.

Worcester City withstood a second half fightback from Evo-Stik Northern Premier League First Division South side Romulus to begin their time sharing the Victoria Ground in Bromsgrove with a thrilling 4-3 win.

Making their first appearance at their new temporary home since leaving Aggborough, the exiled club seemed to be relishing their new surroundings as they powered into a 4-0 lead.

Both of their unnamed triallists got on the scoresheet while Chekaine Steele and Lee Hughes also took advantage of some sluggish defending to put their side on course for an emphatic victory.

But City`s 4-0 interval lead was cut three times by the Roms, through veteran Mark Danks, Dexter Walters and Malachi Farquharson.

A hat-trick from Shaquille McDonald and singles from David Moli, Billy Daniels and an own goal secured a 6-1 victory for Nuneaton Town at Romulus` league rivals Belper Town, who had taken a first-minute lead through Jonathan Williams.

And the home side equalised just past the hour-mark through Nicky Wroe.

Luke Dean struck the post late on for Avenue.

After Bolton hit one back after the restart it was left to Scott Leather and Sefton Gonzales to finish the scoring.

Danny Mills scored the only goal after 43 minutes in a game of very few clear-cut chances, finding the back of the net with a fine finish.

Goals from Billy Bricknell and Jake Reid helped Chelmsford City come from behind to win 2-1 against a Southend United XI.

Concord Rangers were beaten 3-1 at home by National League side Braintree Town.

Steve Cawley reduced the deficit on 42 minutes with a fine free-kick.

But a Lee Barnard penalty 7 minutes from time sealed the Iron`s 3-1 verdict.

Gordon Moves to Cards  Vanarama National League club Woking have announced the signing of Ben Gordon for the 2016/17 season.