Watson To Step Aside At Chester At End Of The Season 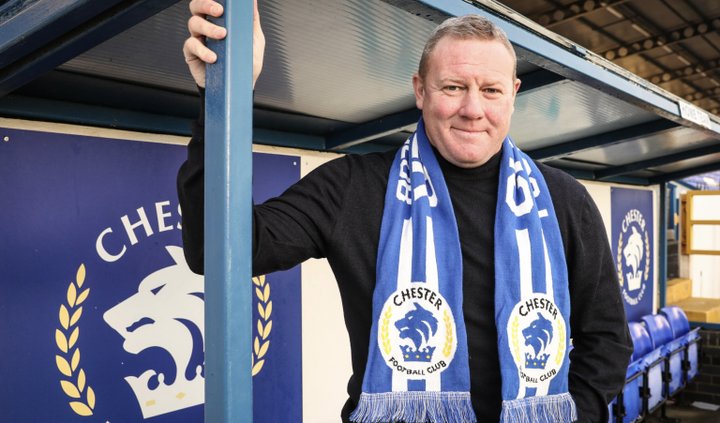 Steve Watson will not remain as manager of Chester, the club have announced.

The former York City and Gateshead boss took over from Bernard Morley and Anthony Johnson two days before Christmas.

He will stay at the helm for the final few matches with the Seals sitting in 17th in the National League North.

But he won’t be taking the club forward next season, both parties agreed.

A statement read: “Chester FC can confirm Steve Watson will be leaving his role as manager at the end of the season by mutual agreement.

“Following amicable discussions over recent days and after careful consideration, Steve and the club have agreed this is in the best interest of both parties.

“Steve will continue to lead the team until the end of his contract, which expires following our trip to Brackley Town on the final afternoon of the season.

“We thank Steve for his contribution, professionalism and the progress he has made over the past five months, and wish him every success in his future career.

“The club can assure supporters we will be seeking to identify and appoint a new manager as swiftly as possible.”

 County Composed As BT Sport Visit Despite Recent Set-Backs Dave Challinor reckons his players have earned themselves the right not to go into a title flap because of a few tricky results.