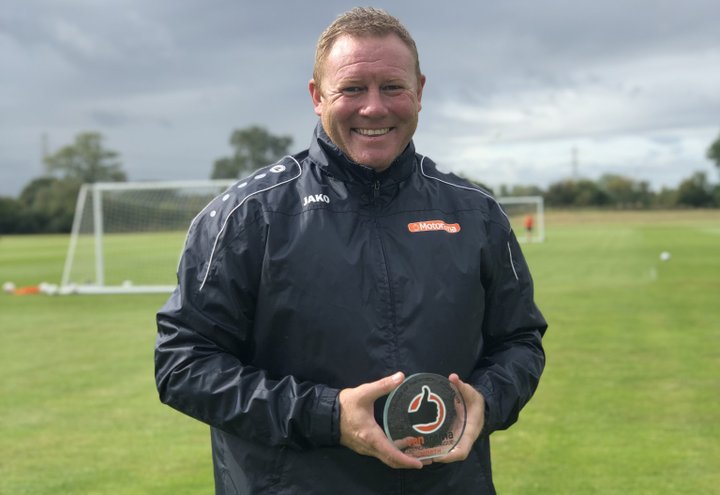 Steve Watson has won Manager of the Month for York City in the National League North.

York City fans spent much of last season watching on and wondering.

They saw Stockport County finally break free of their National League North chains and wanted to know when it was their turn.

There are many similarities between the two clubs in terms of size and history. Both haven’t made light work of life outside of the National League.

But August seems to have offered hope that this year might be the one which sees the Minstermen back on the right road again.

Steve Watson made a number of shrewd summer signings and they made an instant impression.

It was an undefeated month, even if they may have hoped for more than a point against Farsley Celtic and Gateshead.

Watson now has his feet under the table and York City may not have to look on enviously for much longer if they build on their great start.

 Stones on a Roll under new Boss Brennan Dean Brennan has won Manager of the Month for Wealdstone in the National League South.

Greg Keeps Going The Extra Mile For Beloved Poppies  Greg Hyams has won Volunteer of the Month for Kettering Town in the National League North.