Watson Proud Of Heed As They Battle Through To Semi-Finals 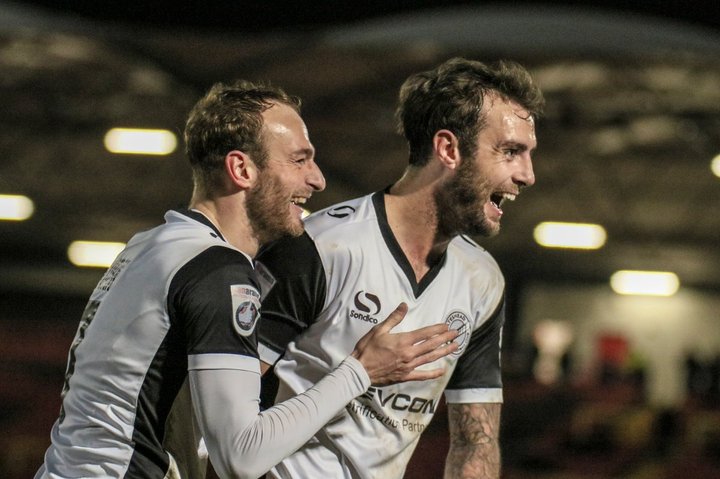 Steve Watson says his side made him proud as their dramatic FA Trophy campaign continues.

A late Richard Peniket strike ensured the Heed got through to the semi-finals of the FA Trophy after defeating Leyton Orient 3-2, writes Tom Feaheny.

For a side that fought to get back from 3-0 down to earn this replay they were 2-0 up and looking like it would be an easy progression but after conceding twice it took a strike in the 80th minute to get them to the semi-finals.

"What I asked the lads to do was start well, we did just that, we created chances, we were excellent go 2-0 up, then go back to 2-2, we panicked a little bit, but then to get through means so much," Watson told the club's website.

"To be in my first management job and fighting for a chance to go to Wembley and go for a trophy really means a lot.

"Ultimately we have shown our never say die attitude, I said if we play like we did for the first-half, we can build on that for league games as well."

The Heed won't find out til next week who they will face in the semi-finals as Spennymoor Town and Bromley face in a quarter-final replay.

 Greaves Wants To Put Difficult February Behind FC United of Manchester player-manager Tom Greaves says his side need to show the potential they have after a difficult February.

Durrell Senses The Silkmen Have The Foxes' Swagger  Unfortunately for Macclesfield Town supporters, they’re not about to become as rich as a plucky few who boldly placed their earnings two years ago.