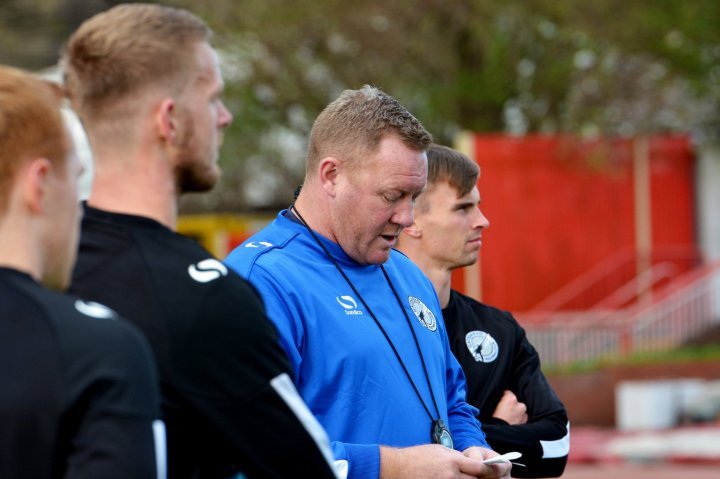 Gateshead boss Steve Watson has admitted he is frustrated but says he remains committed to the club.

The Heed have lost four players since the end of the season, all opting to make the step down to the National League North.

Watson says he would have liked to keep some of those that have departed but the club’s current ownership status is up in the air.

Richard and Julie Bennett announced their intention to sell the Heed last month and Watson has been left biding his time until he is given the green light to commence his summer preparations.

“From my point of view, with four players leaving in quick succession, I would just like to reassure fans and say that I’m still here, focused and committed to the club,” the boss told the club’s website.

“It’s just about waiting for the green light and being allowed to press on. It’s certainly a frustrating time for everyone associated with the club.

“But the situation is not something that you can rush, it has to take its course properly - obviously as far as I’m concerned, that will sooner rather than later.

“Without naming them, there were players that left that I wanted to keep so it is disappointing but that’s where we are at the moment.

“Most clubs have a good core of players in place for next season and we still have lads here who are in that position that I will be looking to build a team around moving forward.”

Saunders Boosted As Skipper Commits To The Stones' Cause  Maidstone United have been given a big early close-season boost with some important news.