Watson Applauds Heed After Another Away Win 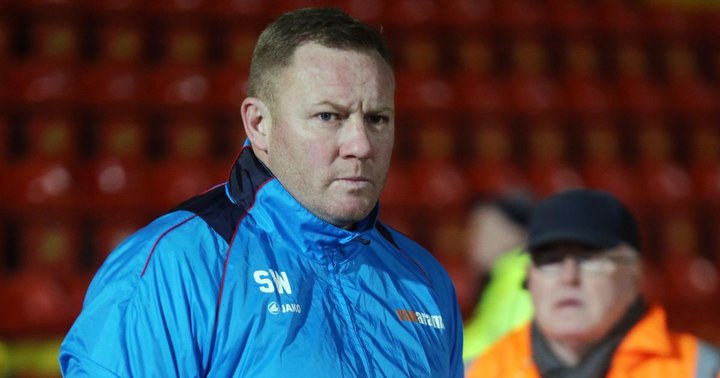 Gateshead boss Steve Watson says his side once again showed what they are made of on their travels.

A 1-0 win away at Guiseley, was secured thanks to a goal early on by Wes York, writes Tom Feaheny.

The Heed made it seven unbeaten on the road in the league after the three points were secured.

“Our away form is good, we have lost only once under me on our travels, we play well," Watson said.

“It is a good result, a big improvement from Saturday.

“I challenged the side to show what they were made of and we did just that, scored a good goal could have got more and put in the kind of performance I was after."

When looking at the goal from York, Watson praised the quality of the player and of his side as well.

“Wes is a player who makes passing a player look easy, he’s got that in him.

“We have an honest group, I gave most of them the chance to put it right and get that level back and they did what I asked of them, I asked some of them to play in positions they are not used to but they got on with it and did a good job.

Watson had this to say after over 70 fans made the trip to Yorkshire on a cold Tuesday night.

"We again got a good following of the travelling support and it starts a run of away matches just as we wanted to.”

 Fixtures Changes Are Confirmed Across The Divisions A number of Vanarama National League matches have been rearranged, we can confirm.

On This Day: Action From The Archives (February 14th)  Romance is in the air so we’ve decided to take a minute and give some love to seasons gone by in the National League.