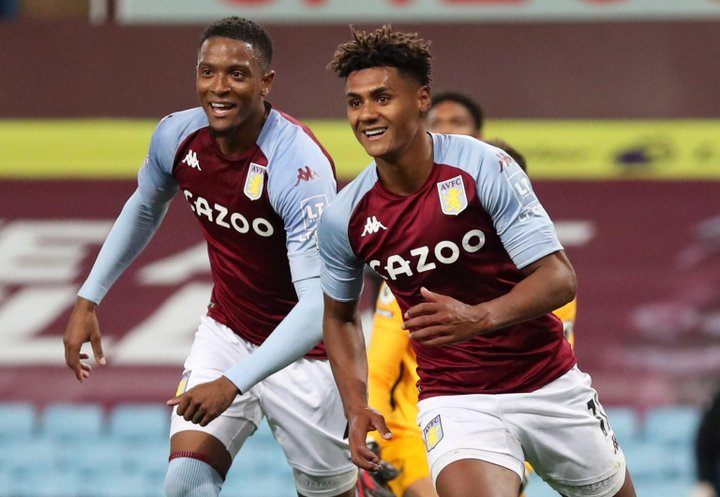 Ollie Watkins remembers exactly where he was when Harry Kane’s England career really took off.

Like all good strikers, the Aston Villa frontman just doesn’t forget a goal.

On the day the Three Lions skipper was scoring against Lithuania on his debut back 2015, Watkins was also hitting the target.

But he wasn’t getting the national talking like the Tottenham superstar he could be about to partner for his country.

His goal ultimately counted for little in Weston-super-Mare’s 2-1 loss at Whitehawk in National League South.

The Enclosed Ground couldn’t be much further from Wembley, even though there were more people inside the rough-around-the-edges home for the Hawks than there will be at the National Stadium tonight.

Many are tipping Watkins to play a part in this evening’s match with minnows San Marino.

From Weston to the World Cup qualifiers, the 25-year-old has gone full circle - and he fancies his chances against the tiny nation England are expected to ease past.

“I spent a lot of time at Weston and I think that played a big part in my development,” said the forward, who moved to the Premier League club following goal-laiden spells at Brentford and Exeter City.

“I was playing men’s football for the first time, going out on loan, realising how much it meant to the people – they have mortgages to pay and kids to feed.

“I definitely had a switch in my mentality so I think Weston was a massive key part of my development.”

Watkins is enjoying the moment ahead of the triple-headed, which also includes matches with Albania and Poland.

He got the phone call from Gareth Southgate after notching ten goals in his debut Premier League campaign.

But he still took time out to pass on an important message to young players in the game, and for those who feel they may have lost their way.

“I think you need to have that self-belief, but also you’re never actually as far away as you think,” he said. “I think just to keep believing, as cliched as it sounds.

“There were times when I was at York away, sat in the stands thinking ‘get me on the pitch playing in reserve games!’

“But it only takes one injury, you’re in the squad and then if you take your chance, I think you find your feet and you could become a regular.

“That’s what happened for me. I took my chance, I played well and I then ended up moving to Brentford and it went up from there, so just to keep believing and work hard, really.”

 Will Feathers Fly When The Magpies And Robins Meet? Show of hands. Who would have had Maidenhead United vs Altrincham down as an important play-off contender clash with April just days away?