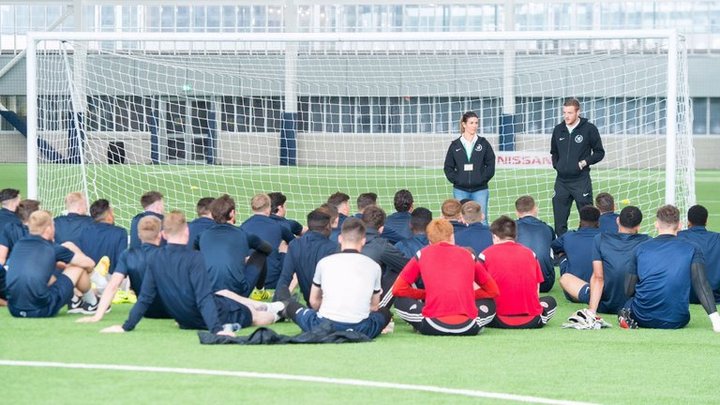 Jamie Vardy's V9 academy have continued to announce players have joined for a five-day residential programme.

The latest name to be added is ex Bradford City and Everton midfielder George Green who recently joined Nuneaton Town and has impressed since his arrival back to England.

The list of 2017 graduates includes ex Town defender Alex Penny who is now playing for SkyBet League One side Peterborough United.

The V9 Academy will hold its next intake of players at the City Football Academy, the training complex of Manchester City FC located on the Etihad Campus. The academy will host forty-two successful applicants who will be split into three teams of fourteen players for a five-day residential programme.

The V9 Academy will also be filmed as a Sky Sports documentary and give a ‘behind the scenes’ look into how coaching, sport science, fitness methodology, talent ID and mental training is carried out at the top level.

 Greaves Beams At Proud Moment As FC United Stay Up FC United of Manchester player-manager Tom Greaves says it was a proud moment for him as United secured their Vanarama National League North status.

Waddock Wants Shots To Crack Home Form For Easter  Gary Waddock wants his Aldershot Town side to crack their home form for Easter following a point at Solihull Moors.