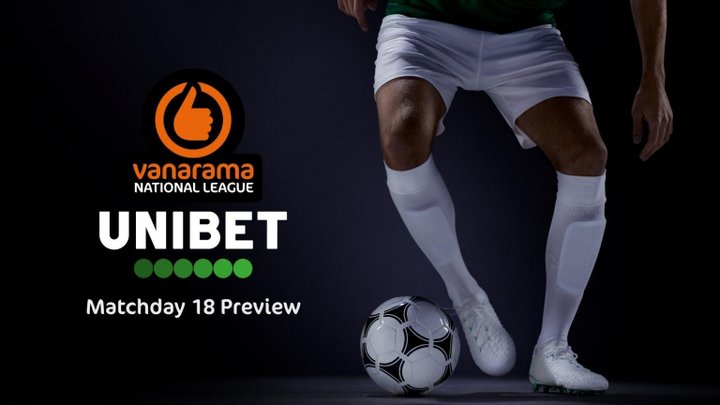 After a Tuesday night that had it all, everyone’s licking their lips at the prospect of what’s ahead in the Vanarama National League this weekend.

Late, late levellers, wonder goals and slips for all the teams at the top underlined just how competitive things are once again.

There’s a number of really intriguing matches on the fixture card on Saturday as things really heat up as the big chill heads our way. 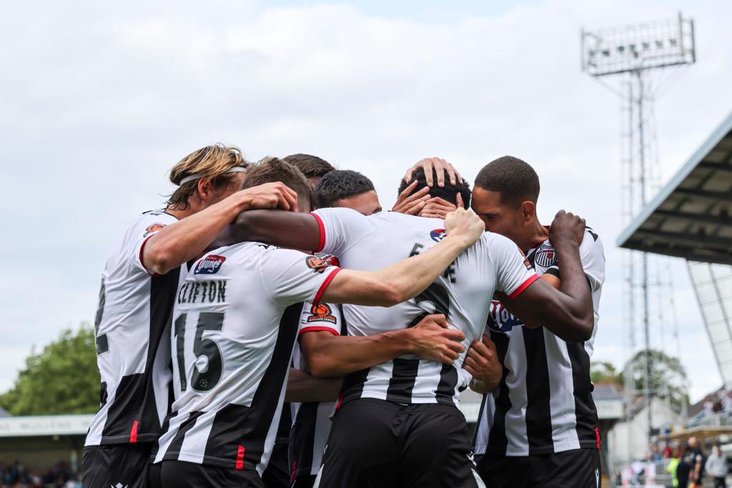 Both sides have sat top of the table at one point or another in recent weeks - and they’re still hovering waiting for a Chesterfield slip.

Wood will hit top spot if they win at Blundell Park with the leader’s game against Maidenhead United now off. They’re looking for their fifth away win on Saturday, but have tasted success on their travels just once since early September. 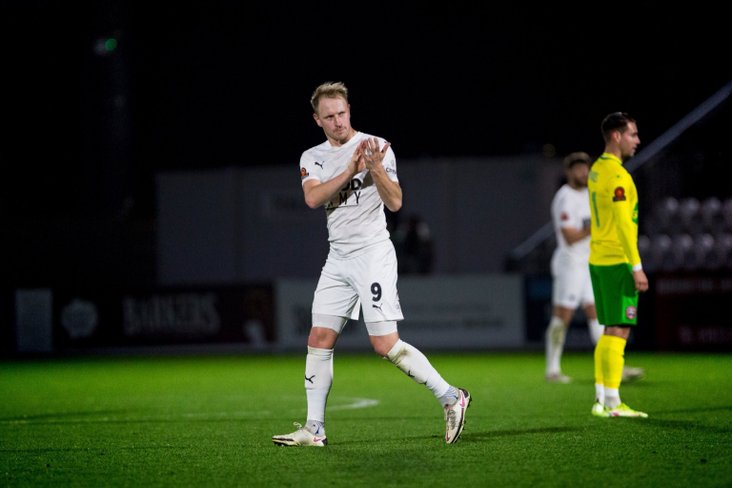 Grimsby aren’t having a great time of it right now but one thing hasn’t changed, they are sensational at home.

They’ve won seven from eight in front of their own fans and with a home record like that they’ve managed to stay in touch. 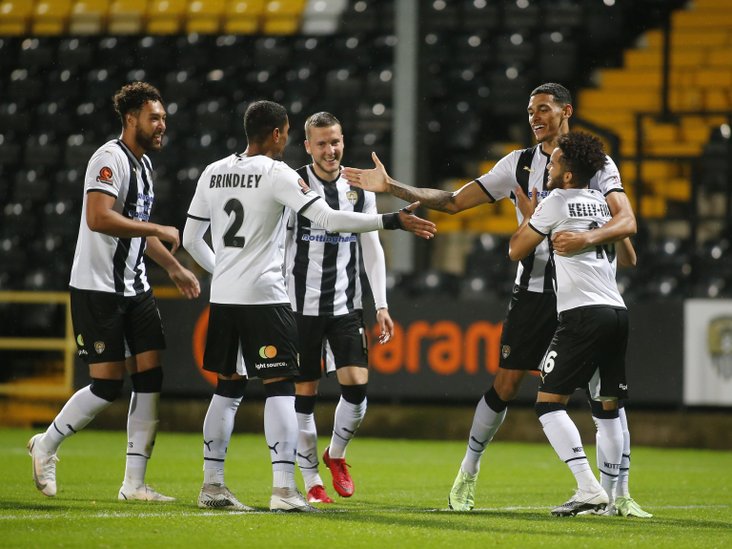 The net should surely bulge for the live BT Sport game at Saturday tea-time.

Notts County and Dagenham & Redbridge have scored 60 goals between them already, and both possess a forward-line to be feared.

But both have so far lacked the consistency to turn a play-off push into a title assault.

Three points on Saturday could change all that, and Dagenham need to rediscover their goal touch after firing blanks in defeats to Yeovil Town and Eastleigh. 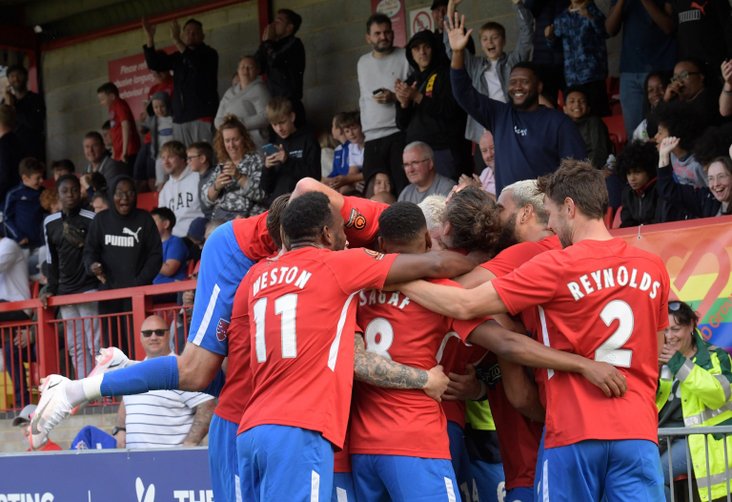 Notts won last season’s fixture 3-1 and are looking for their sixth home victory this weekend when the cameras come to town.

It’s not just a big weekend for the teams at the top - two sides at the foot of the table have three huge points to play for. 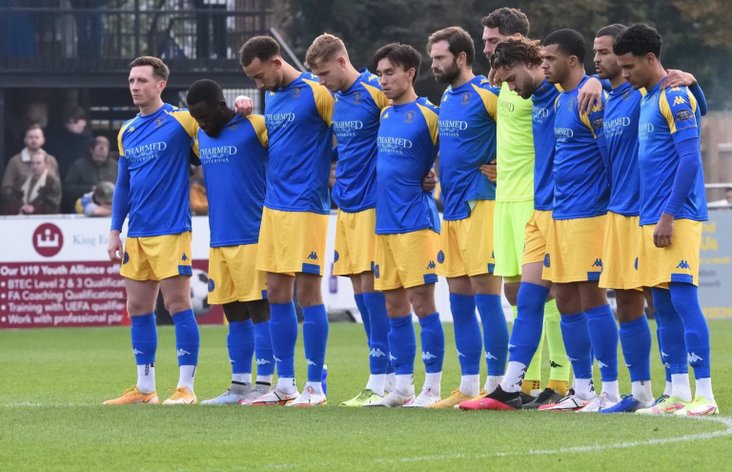 It’s not been the first four months King’s Lynn Town wanted, and up until recently Aldershot Town fans would have been thinking exactly the same.

But Mark Molesley is getting his feet under the table after seeing off Torquay United and Grimsby Town.

But Shots’ improvement has come at home and Lynn will know they’ve been edgy away from the EBB this term.

That said, the Linnetts have yet to win at the Walks and know they will have to put that right sooner rather than later to haul themselves up the table. 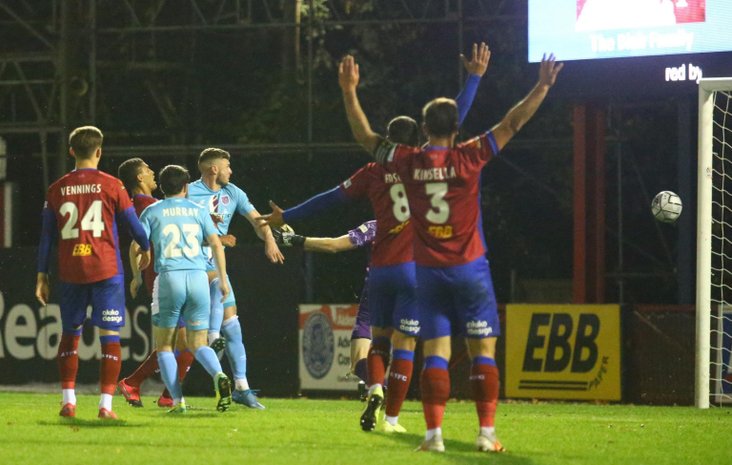 It promises to be another brilliant weekend!

 County & Daggers Look To Get Goals Flowing Again The two sides who come under BT Sport’s microscope on Saturday are still wondering if they can transform their play-off push into an all-out title attack.

The Five FA Trophy R2 Ties To Watch Out For This Weekend  The FA Trophy has been kind to National League North and South clubs in recent years - just ask Hereford, Concord Rangers and Brackley Town.