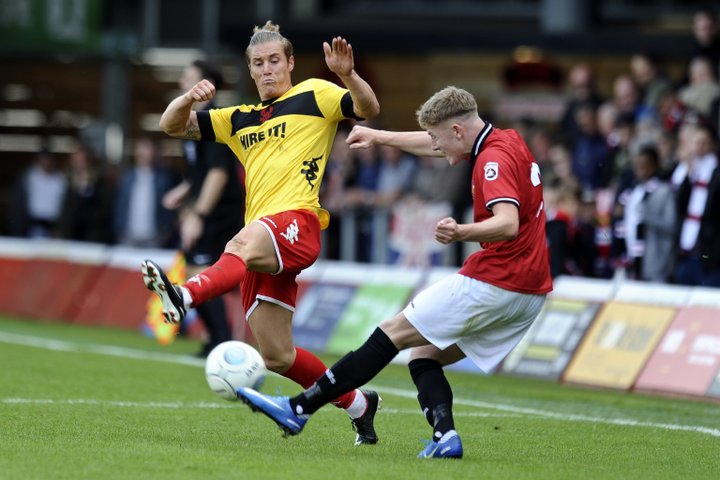 FC United hero Tom Greaves knows the club's fans will be heartbroken to see their first win of the season wiped away from them.

But the striker believes the club can build on their 3-3 draw with an in form Southport on Tuesday night.

It was the Rebels first point of the season but their vocal supporters who travelled in great numbers to Merseyside know it really should have been all three.

With just minutes on the clock at 3-1 ahead, United let victory slip from their jaws.

Two goals in the final three minutes means they are still looking for that first win of the new campaign thanks to an equalising goal from Jack Sampson right at the death.

But, Greaves says, it's important to remember Southport had won their first 3 National League North matches.

"That one was hard to take," said the long serving forward player after the game.

"I really thought we deserved all three points tonight, but we have got to move onto Saturday - we can build on that performance.

"Our fans were in fine form yet again and it's a shame we couldn't hold on."

They have a chance to get their first win under the belt on Saturday.

FC United travel to Bradford Park Avenue, a side who have lost their last three matches after going down 3-0 to Spennymoor on Tuesday night.