Two Heads Better Than One As Dartford Clean Up! 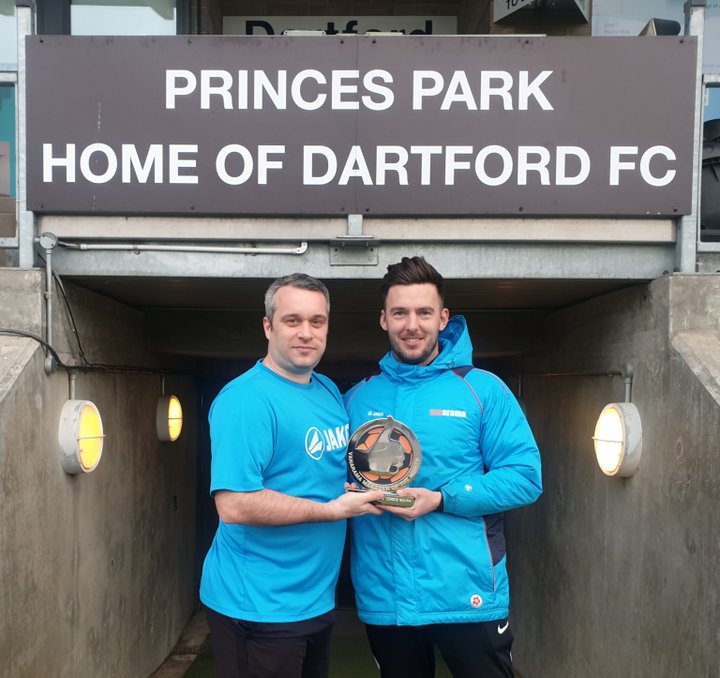 The Darts certainly hit the bullseye throughout February under the stewardship of Adam Flanagan and Jamie Coyle.

Two heads may be better than one as the joint bosses doubled up - we'll let them decide who takes home the award!

Winning three of their four games and picking up a point in the other, Dartford have more than established themselves as serious promotion contenders.

The month began and ended in similar fashion – a win against Woking. After Ronnie Vint snatched a last-gasp win in the Cards’ backyard, Phil Roberts and Daryl McQueen repeated the feat Kent two weeks later.

McQueen and Roberts have recently formed a strong partnership and are having their say on proceedings – Roberts was on hand to put the icing on a brilliant 3-0 against fellow promotion rivals Bath City.

 Dev And His Magpies Soar As He’s Named League's Top Boss After starting the month one point the wrong side of the dotted line, Alan Devonshire inspired his Maidenhead United side to three victories in as many games throughout February.

Watson’s The Big Winner As He Steadies York Ship  Steve Watson’s start at York City was tricky to say the least – but things seem to be clicking for the ex-Gateshead boss at the minute, claiming the most wins of any National League North side in February.