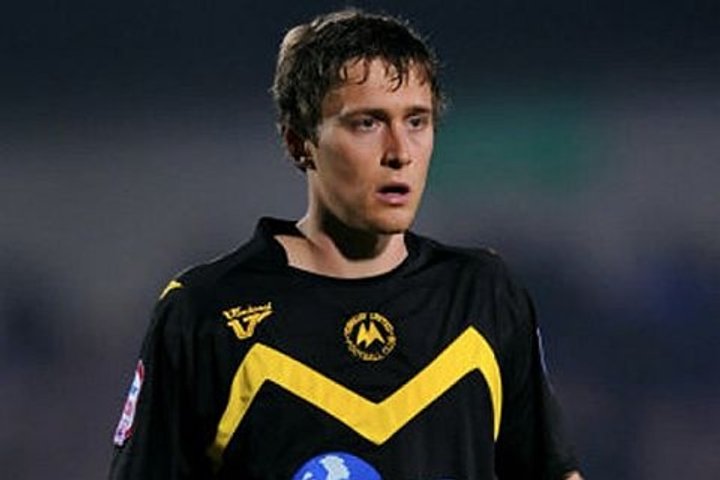 The 29-year-old came up through the ranks with the Seasiders to make 123 first-team appearances and net 13 goals.

During the early part of his professional career he had two separate loan spells with Aldershot Town.

In June 2009 he was released by Brighton and signed for Shrewsbury Town, where he totalled fifty-six appearances and scored 11 goals, while also having a loan spell with Torquay United from January 2011 until the end of that season when he played twenty-two times and notched 7 goals.

A two-year spell with Northampton Town followed when he only managed 4 goals in fifty-seven matches and none from a seven-game loan stint with Luton Town.

The in the summer of 2013 he returned to Brighton to join Whitehawk and helped them to promotion to the National League South.

In May 2015, Robinson was named the Hawks` player of the year after netting 17 goals.

Robinson (pictured) has been joined at Vauxhall Road by his former Whitehawk team-mate Arnaud Mendy.

The 26-year-old 6`3” midfielder played for ALM Evreux and FC Rouen in his home country of France and began his career in England with Derby County, making his Championship debut in a 3-0 win against Sheffield Wednesday in 2009.

He later played for Macclesfield Town and Luton Town and joined the Hawks in the summer of 2015 after a season with Lincoln City.

Aldershot Appoint Youngest Director  Aldershot Town have appointed the position of chairman of The Shots Trust to its Board of Directors – making current chairman Tommy Anderson the youngest Director of a professional Football Club in Europe.