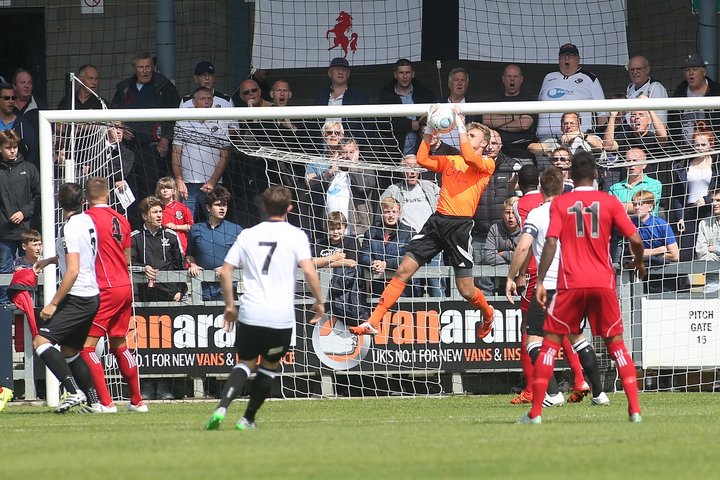 Three draws for the Darts, who were one of the favourites for promotion before the start of the season, has left them looking up at the rest.

But match day 4 in National League South this evening can be the moment they start to get going according to the manager.

“Tuesday won’t be easy, that’s for sure,” said Burman. “But it’s an important one for us. We would love to get a win on the board.”

Three sides are desperate to get their first point of the season in a few hours' time following a tough start.

Whitehawk are bottom but manager Jimmy Dack knows his entirely new squad will need time to show what they can do.

They travel to unbeaten Bognor Regis, while the other club who have lost every game they have played, Bath City, make the long trip to Truro City.

Braintree Town have had a great start and manager Bradley Quinton is over the moon.

“Seven points is a really good return and the players are putting their bodies on the line and you can’t ask more than that,” said the new boss.

It will be a big ask to win at East Thurrock, John Coventry’s team pride themselves on their strong home form.

Two sides who haven’t hit the ground running are Eastbourne Borough and Welling United. It’s a point each for the two clubs and someone will add to their tally when they clash this evening, that’s for certain.

Hemel Hempstead boss Dean Brennan has a lot of respect for Hampton and Richmond Borough rival manager Alan Dowson but that won’t stop him trying to steal three points from his this evening.

Poole Town will want to consign Saturday’s home defeat to East Thurrock to history but Tom Killick knows Chippenham Town at home are really strong over the past year.

Oxford City’s season is off and running after the club put a poor first two results to one side on Saturday as they came away from Sussex with a 3-0 win against Whitehawk.

They will welcome a Hungerford side who are licking their wounds. They lost 2-0 at home to Hemel on Saturday.

"We are looking to bounce back straight away, it's the only way you can move on," Hungerford manager Bobby Wilkinson told local radio after the weekend set back.

Tudors Boss Thinks Hampton Match Could Be A Thriller  Dean Brennan is predicting another game full of excitement when his Hemel Hempstead side face Hampton and Richmond Borough this evening.