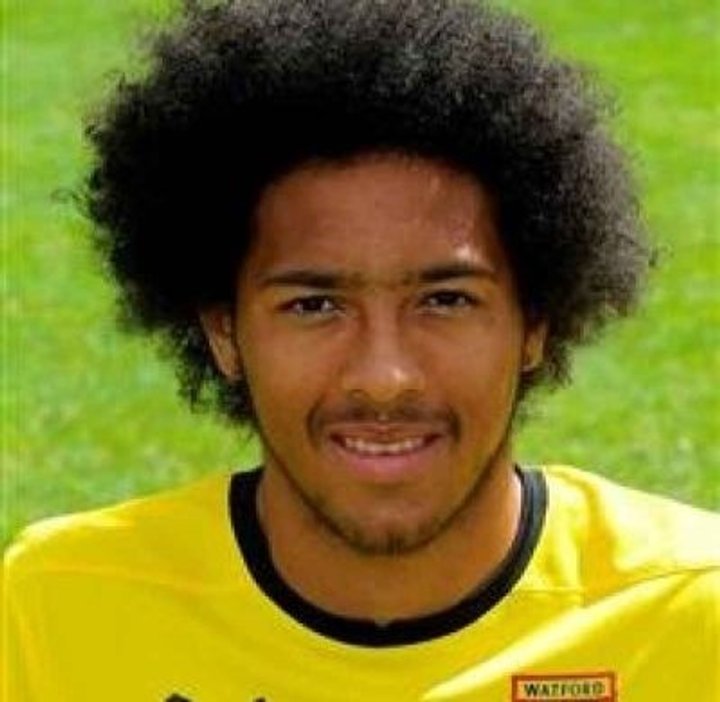 Hemel Hempstead born-Johnson joined the Watford academy in May 2007.

Injury kept him sidelined for five months of the 2013/14 season, but he was a regular fixture in the under-18s from late January onwards, and he eventually signed professional forms in May 2014.

The 20-year-old joined his home-town club on loan in August 2014 and he played fifteen times, scoring once.

He also had a loan spell with Hemel`s league rivals St Albans City in December 2015 and made six appearances.

Dave King began his career as a youngster with MK Dons before having loan spells with Forest Green Rovers and Wealdstone during the 2009/10 season.

He left the Dons to move to Evo-Stik League Southern Division One Central side Aylesbury FC in October 2011, before joining Hemel Hempstead the following summer.

His form was such that there were Football League clubs looking at him before he suffered a shoulder injury that kept him out for a long period.

He eventually moved to league rivals Oxford City in September 2015.

Jordan Rose started his career aged 12 at Southampton before moving to France with his family and playing youth football for Stade Malherbe Caen.

On his return to England he undertook a two-year scholarship with AFC Bournemouth. He then had spells with non-League sides Salisbury City, Bashley, Brockenhurst and Weymouth.

Rose started the season with Conference South side Eastleigh but left after only one appearance to join Hereford United.

He returned to Stockport in 2012 on a non-contract basis but left the club in May and following his release joined AFC Telford United. He was released by the Bucks in May 2013.

Defender Jack Kelly originally joined Hemel Hempstead on loan from Championship side Nottingham Forest during the second half of last season and went on to make thirteen appearances.

He’d previously been a regular with Forest`s under-21s, putting in some solid performances, and his set-piece delivery and ability to get forward down the left flank stood out, and he bagged a goal direct from a corner for Forest early last season, in a 2-0 victory over Leeds United.

Upon his release by Forest at the end of last season he chose to re-join Hemel on a more permanent basis.