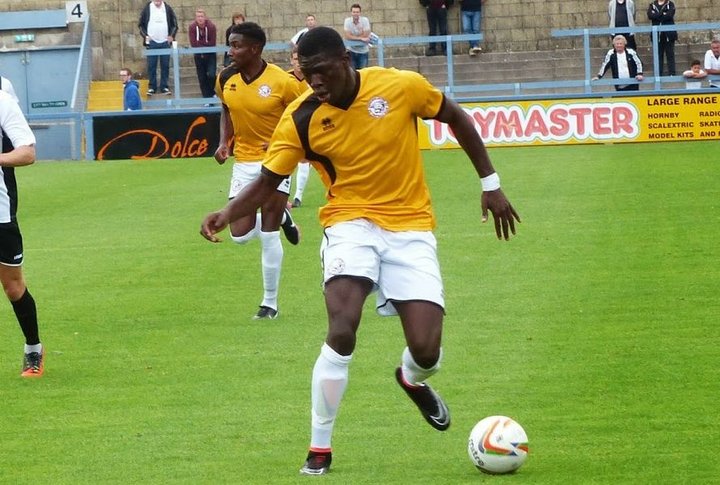 Greenwich-born Akinde first came to notice with Kettering Town in 2012 and then moved back to the south to join Ebbsfleet United.

Akinde (pictured), 24, is the younger brother of Barnet striker John and agreed a one-year contract with the Bees, only to be released in the summer.

The 25-year-old was at Aston Villa as a youngster before spending time at Loughborough University, where he played for their Midland League side.

A short spell with Brackley Town preceded his first stint at Worcester City before he moved back to Brackley in 2014.

A move to then-SkyBet League Two side Hartlepool United followed in March 2015 and he played a handful of League games for Pools as well as having a spell back at Worcester on loan.

He returned to City on a more permanent basis in August 2016.