Truro Do The Hard Yards To Remain In Promotion Hunt 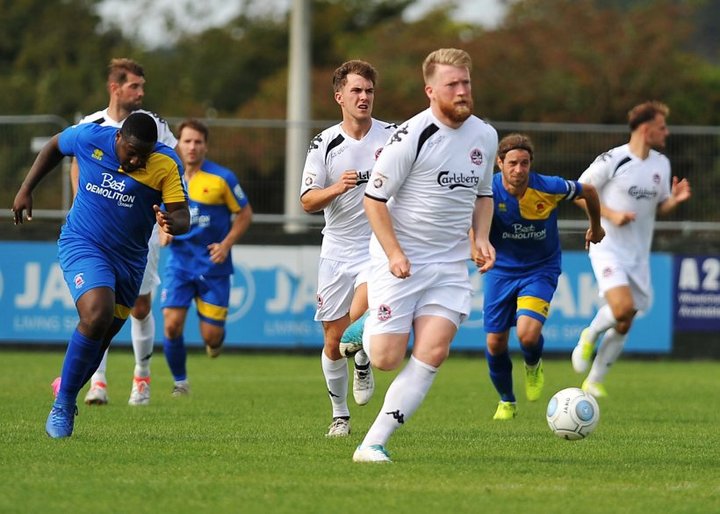 The White Tigers battled back from a goal down at Eastbourne Borough to win 3-1 last Saturday and record their fourth straight victory.

Their current run followed three defeats on the bounce and Hodges is delighted that his side’s dedication is leading to good things.

They’re fifth in the National League South table after the weekend's success and would be six points off leaders Havant & Waterooville if they win their game in hand.

"It was a fantastic victory," Hodges told the club’s website. “We showed great character to battle back from a goal down against a good side.

"Eastbourne is always a difficult place to come so we are really pleased with our afternoon's work.

"We've done well on the road this season and now our focus turns to another tough game and making sure that we can build on this on home soil.

“We're not going to get too carried away; there's a lot of football still to be played, but our hard work is paying dividends.”