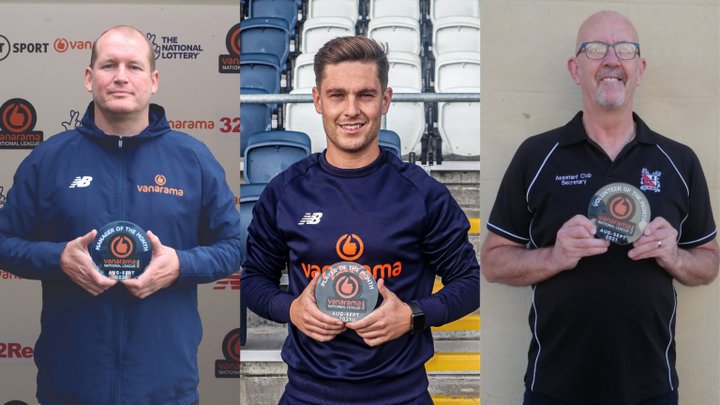 We have some very worthy winners of the Vanarama National League North August/September awards and the time has arrived to honour their achievements.

Every summer, we all get a feeling for the clubs who will be sitting near the summit even at this stage.

Few would have tipped Curzon Ashton to be in amongst it - even if the Nash faithful fancied their talented team to do better than many expected.

Steve Cunningham’s side hit the ground running and don’t see any reason why they can’t be this year’s surprise package and he wins the top boss accolade.

AFC Fylde are one of the very few unbeaten clubs left in English football.

They owe a lot of that to Nick Haughton and his sizzling start left everyone in no doubt - the Coasters mean business this season.

The creative midfielder isn’t just setting them up - he’s banging them in as well.

In the first two months he scored no fewer than seven National League North goals - and one in the FA Cup.

There’s little doubt the 27-year-old has been the stand-out star so far.

When there was a big issue at Darlington early into the season, Allan Wilson stepped up to the plate.

After secretary Dave Watson was suddenly rushed to hospital, he answered an SOS.

He stood in at a minute’s notice and learned on the job.

Thrown in at the deep, he made up for a lack of administrative experience with some fast learning.

He now has new skills and a big pat on the back from everyone at Blackwell Meadows.