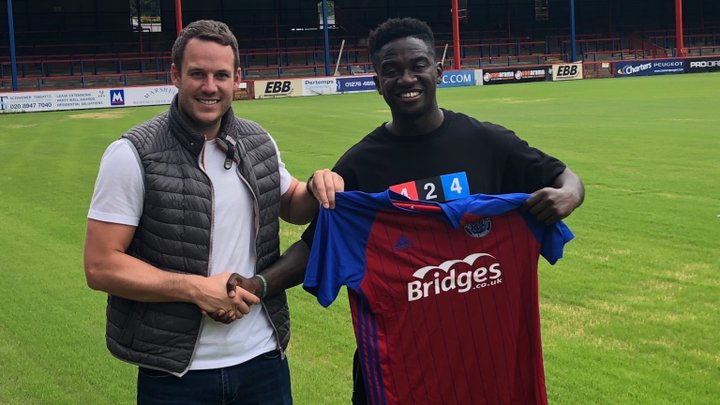 Bromley’s Luke Wanadio has joined Aldershot Town, and has become the first new signing to join Gary Waddock ahead of the new season, writes Aidan Jones.

The 25-year old joins the Shots after making 49 appearances for his former club, last season.

The former Fulham scholar says he can’t wait to get going at Aldershot and is a big fan of the way that the team play.

“I like to run at defenders, and create and score goals. I like to excite people and be an entertainer, and Aldershot's style of play really suits my game," Wanadio said.

The midfielder also said that as soon as he knew of the clubs interest, that he wanted to make the move.

“Once I spoke to Gary Waddock and James Rowe, there was only one club that I wanted to join, and one of the main reasons why I’ve signed for Aldershot Town is the management team.

“I’d heard so many good things about them, as well as the fans, so it’s a no-brainer for me,” he added.

 Chester To Get £1m Windfall As Fan Donation Is Agreed Entrepreneur Stuart Murphy will be investing £1m in Chester, the club has tonight announced.

Beadle Is Getting Busy Ahead Of His Hereford Next Step  Hereford are looking for their fourth promotion on the spin - and they’ve added a couple of players they hope can help them achieve it.