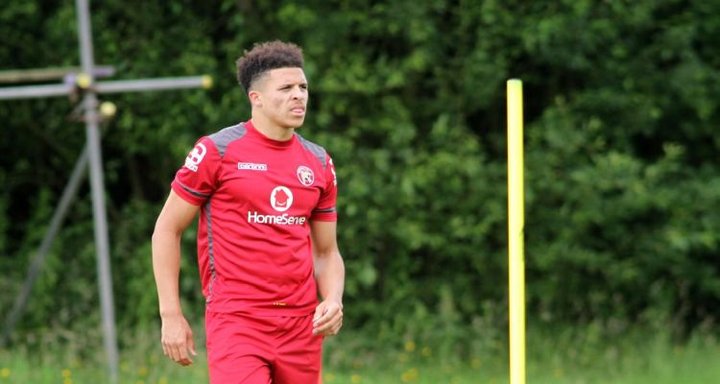 The 20-year-old, who spent last season on loan with league rivals Chester FC from Sky Bet League One Walsall, has featured in all three of The Heed`s pre-season matches so far.

Vassell becomes the Tynesider`s tenth official signing of the summer to date and the fifth defender.

The former Stoke City academy player made his National League debut last season at the International Stadium against Gateshead as Neil Aspin`s men strolled to a 3-0 victory.

He proceeded to make thirty-one appearances for the Lions, scoring the only goal in a 3-2 defeat against Barrow AFC last August, but perhaps his finest feat was being part of a defence that recorded seven successive clean sheets between September and October.

And followjng signing a one-year contract with the Tynesiders, Vassell told the club`s official website: “I`m very excited to be here officially now and I`m happy everything has now been sorted out.

“Obviously I`m looking forward to the new season and I`ve enjoyed my time here so far. I`ve been here two weeks now and I`m looking to keep working and pushing for a place in the side.

“I`ve settled in really well to be fair and been made to feel really welcome by the lads”.

Friendly Fire Will Make For An Interesting Weekend!  Preparations for the new season intensify tomorrow with a number of intriguing friendly games lined up this weekend.