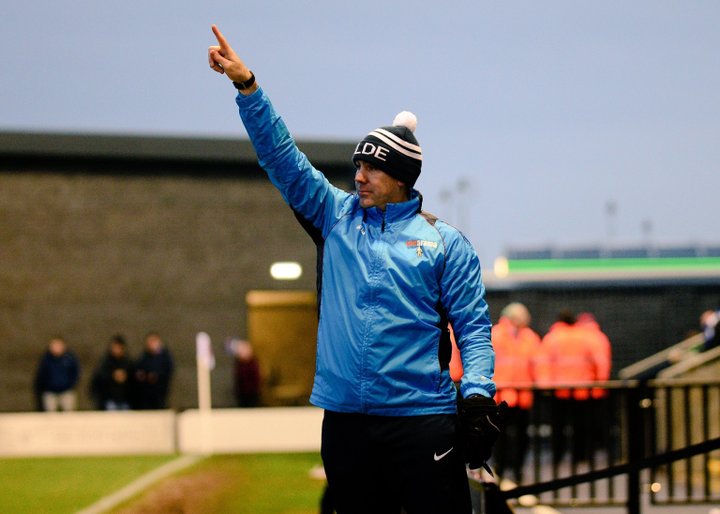 Dave Challinor was in reflective mood following defeat to Woking on Saturday. He remembers it wasn’t so long ago that some were wondering if AFC Fylde were set for a return to the National League North.

Just a few short months ago, they Coasters were hovering just outside the bottom four and there was tension in the air.

They always possessed too much quality to be serious sucked in, and their performances over the past few months back that up.

They have transformed themselves from stragglers to serious play-off contenders and Challinor think the last four weeks may have caught up with them in Surrey.

They lost 1-0 and it was all a far cry from a week earlier when they thrashed National League leaders Macclesfield 6-0. Watch Woking Highlights Here.

“We have had a really tough January, seven games in total - including every midweek,” he said.

“We’ve had a great run, but we have just got to dust ourselves down now and try to go on another.

“When you sit back and reflect on where we were at the start of January to where we are at the end of it, then you can’t take Saturday to heart too much.

“We have been really good this year. Every time we have lost, we have managed to bounce back straight away. That’s got to be our aim next week when we play against Eastleigh.”

With Fylde in great form and Woking anything but, there may have been some frustrated people around the country!

“If you are gambling man, betting on this league is probably not for you! It’s not always about performances, outcomes of matches are decided on small little things,” he said.

“We have put a run together than a lot of teams are capable of doing. But it can also work the other way - it’s not too difficult to go on a losing run.

“We looked leggy in the first half against Woking. We improved after half time but it wasn’t quite enough.

“But we’re right in there still. We have been on a great run and now that it’s over we need to get back on another.”

 Gill Asks For More Quality From Inconsistent Bath Jerry Gill was critical of his Bath City side after they were forced to settle for a point at Oxford City.