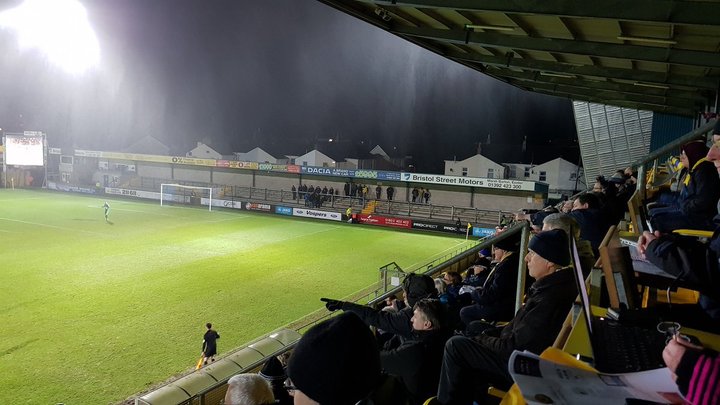 Third-bottom Torquay United recovered from last Saturday`s 3-0 defeat at Tranmere Rovers to grab a late point at Plainmoor against mid-table Gateshead in the only league game of Tuesday night.

The Tynesiders made the 750-mile round trip reasonably fresh, having had no game last weekend, but almost conceded early on, but Alex Davey`s header bounced back off the crossbar.

But on 27 minutes, the visitors went ahead, slightly against the run of play, when Jordan Preston beat Vincent Dorel after a breakaway.

As the second half wore on, it was looking more and more likely that the Heed would reward the handful of hardy fans who made the six-hour journey and 90 minutes in the freezing cold with all three points.

However, as stoppage time ticked in, Sean McGinty grabbed an equaliser for the hosts when he managed to head past Dan Hanford following a corner.

 Boardman Wants Hungerford To Build On Dartford Win Joint-manager Jon Boardman spoke of his delight as his side gained their first win at Bulpit Lane since September.

Battling Woking & AFC Fylde Both Bow Out  It was ultimately a disappointing Tuesday night for Woking and AFC Fylde in their respective Emirates FA Cup Second Round replays.