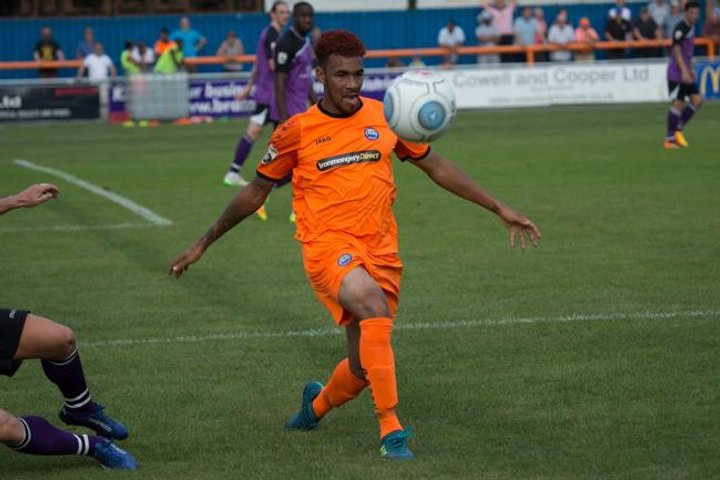 The net has been bulging again this season in the Vanarama National League South - so here’s a lot at the division’s scoring charts.

Braintree Town have found goals easy to come by this season and thanks to Phil Roberts’ 12 they are flying high.

But if he wants to life the Golden Boot at Celtic Manor in June he is going to have to keep on scoring as he's joint level on top.

Hot on his heels is Jason Prior - who showed the Irons he doesn’t miss thanks to his hat-trick of penalties in the league game between Braintree and Havant & Waterlooville nearly a fortnight ago.

Also on the list as usual is Sam Higgins. The prolific East Thurrock striker usually can be found in any goals chart and his 11 so far keep him on track.

But never discount Weston-super-Mare hit man Dayle Grubb. The headline writers’ dream is just one off the top and will be looking to add to his total and fire the Seagulls up the table when they face Eastbourne Borough on Saturday.

 Askey Knows What To Expect From Barrow John Askey says his third placed Macclesfield Town side have a good idea how Barrow will play tomorrow.