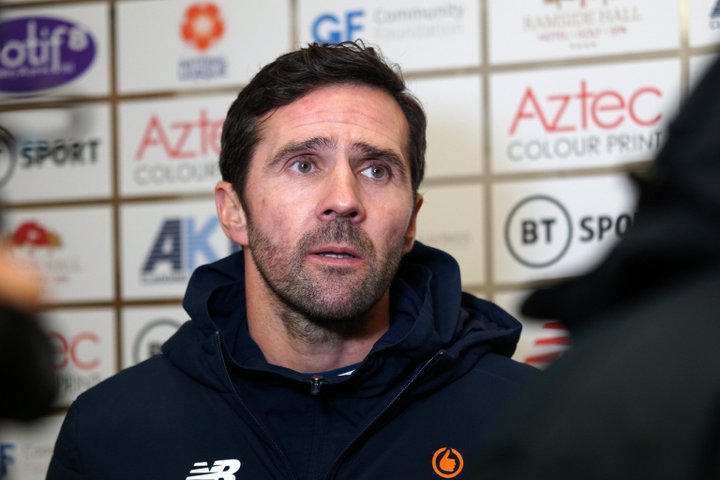 Spennymoor Town are on the hunt for a new manager following the departure of Tommy Miller by mutual consent.

Miller was permanently appointed in April after a period as the caretaker manager at Brewery Field, following the departure of longstanding Jason Ainsley.

Despite a bright start to the campaign, Spennymoor sit in the bottom half of Vanarama National League North.

The news comes with the Moors without a league win in eight matches.

The club's Managing Director, Tony Wilson, said: “Firstly, I’d like to thank Tommy for his years of dedication and hard work for the club.

“He has been a tireless servant, demanding the very best of himself and his players at all times.

“It’s clear to everyone that the current form of the team falls short of the performance levels required to meet our strategic goals.

“This position is unfamiliar for Spennymoor Town, as we’ve enjoyed constant progress for the last decade. Despite our form, we are still in touch with the play-offs positions, so I think it’s important to remember this and keep the current situation in perspective.

“For these reasons, we have all been adult enough to recognise that now is the time that a change is required and have acted on this.

“We wish Tommy and Stuart all the very best for the future.”

 The FA Cup Third Round Draw Is Made At Wembley The draw for the FA Cup third round has just been made as National League clubs found out their fate.