Three Is A Magic Number For Greaves's United 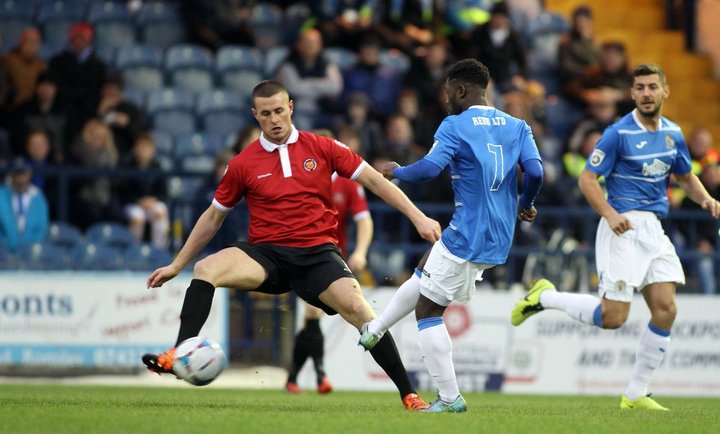 FC United of Manchester have confirmed the signing of three players for the 2018-19 season.

Harry Winter is back at the club after playing for Stockport County, midfielder Bradley Barnes and defender Matty Dempsey have also joined, writes Tom Feaheny.

Ahead of his first pre-season in charge of the side Tommy Greaves is pleased to have added to his squad already.

"We are delighted to announce the signings or another three experienced players," Greaves said to the club's website.

On his return to the club, Winter is back after making a big impression during his first time with the club, Greaves says he is looking for more of the same from him.

"Harry needs no introduction to the FC United faithful, he’s a player we’ve been keen to bring back to the Club since we took over and we are delighted to finally have him back.

"A big physical midfielder, good on the ball and will be a threat from set pieces."

The other two signings have also played for some reputable clubs with Barnes being at AFC Fylde and Salford City, while Dempsey has been at Bradford Park Avenue.

 Changes Afoot At Welling As King Builds His Own Team Jack Parkinson and Welling United have gone their separate ways.