The Magic Of The Cup! Our Preview Of Saturday's Action 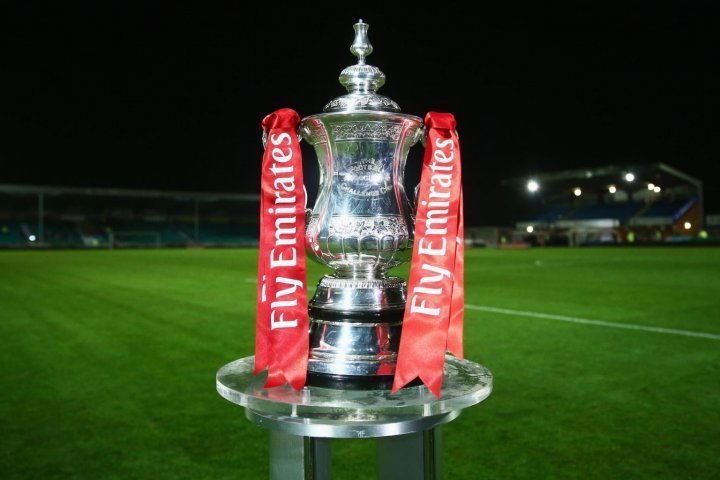 Another FA Cup weekend is on the horizon and fans across the country will be reigniting their dreams of a trip to Wembley.

No fewer than 30 games involve our sides in this round of ties including six all National League meetings.

We start our preview with Kidderminster Harriers who travel to Stourbridge looking to avoid the kind of upset the home side inflicted on Leamington in the previous round.

After putting seven past their last opponents, local side Mickleover Sports could spring a surprise against Billy Heath’s Alfreton Town.

An early kick-off for the National League North’s runaway leaders Chorley, who make the journey to Peterborough Sports for the BBC’s featured live match.

Guiseley travel to the Lincolnshire coast but won’t have time for sand or sea as they look to overcome Cleethorpes Town.

Staying in Lincolnshire, Blyth Spartans are also in the county as they face relegated Gainsborough Trinity.

Oxford City will be glad of a break from their poor recent form in the league as they face Dartford.

Chester travel to Dunston UTS in fine fettle, as are Torquay United who are on the road at Brightlingsea Regent.

Witton Albion are in town for FC United of Manchester with neighbours Stockport County also at home as they face Corby Town.

Hereford faced a seven-goal thriller to beat Truro in their replay. In-form Welling United are next up for the Bulls as Marc Richards takes control for the first time.

Hemel Hempstead will be looking to take advantage of their visitors Ramsgate who are making a 250-mile round trip for their tie.

Slough Town needed a replay to get to the current round and they host Bristol Manor Farm and Weston-super-Mare fought off Salisbury to set up their home tie with Coggleshall Town.

In-form Woking will be looking to progress as they face Kempston. Fellow National League South side Hampton and Richmond Borough face AFC Hornchurch.

Wealdstone have improved in recent weeks and face a Hungerford Town side bereft of confidence.

Bath City’s opponents Lewes make the journey up from the south coast. Dulwich Hamlet travel the other way as they head to south coast to face Eastbourne Borough.

Ashton United have three wins on the spin and will head to King’s Lynn in good spirits. The same can’t be said for Curzon Ashton and Southport who face each other with just one league win between them in September.

One of six all National League ties takes place between Phil Parkinson’s Altrincham and Bradford (Park Avenue) with both sides looking to improve on recent league results.

There is also just one second-round qualifying game as St Albans City look to overcome Corinthian Casuals to set up a tie with Taunton Town.

Chippenham Town are also waiting on an opponent for the third-round of qualifying and will be waiting for the winner of Hendon and Phoenix Sports.

 The Weekend Starts Here! So What's In Store On Saturday? There’s a crucial weekend ahead of us in the National League so let’s dig a little deeper into the fixture list and find out just what could be in front of us.

Graham Golden As Salford Soar In September  There was one word being used more and more as last month rumbled on. Ominous.