The Glovers Have Got To Hand It To The Top Boss Darren! 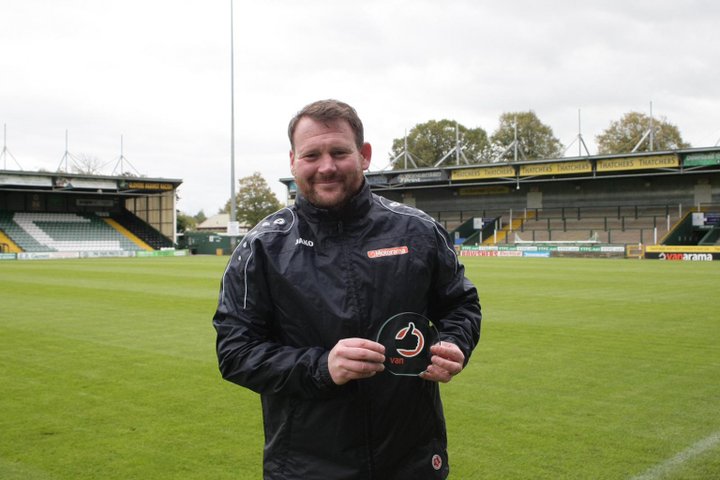 His remit on arrival was crystal clear, but what was ahead of him anything but.

“If people think they can just wave a wand and it’s all good... well, it just doesn’t happen,” Darren Sarll said as he entered Huish Park, told to simply restore some pride.

It took less than a month for Glovers’ fans to think their new manager is magic.

Six games in September, and six wins. It’s seven in a row overall, a period which has brought a whole new complexion to the situation.

Sarll, who took over later this summer when the club found themselves out of the Football League for the first time since 2003, took a matter of weeks to warm Somerset hearts.

They ended September just a point behind leaders Bromley.

It’s incredibly rare what goes down comes straight back up, as many clubs have found out.

Are Yeovil ready to make a mockery of that trend?

 Jack Knows The Hard Work Is Only Just About To Begin Jack King wants to postpone his dad’s retirement for as long as possible - and ensure the word relegation doesn’t appear on his CV.

Double Act Proving Two Heads Are Better Than One!  They are the young, up-and-coming managerial pair who are actually closing in on their 500th match at the helm.