The Friday Feature: New Bath Boss Is Getting A Kick Out Of Managerial Pressure 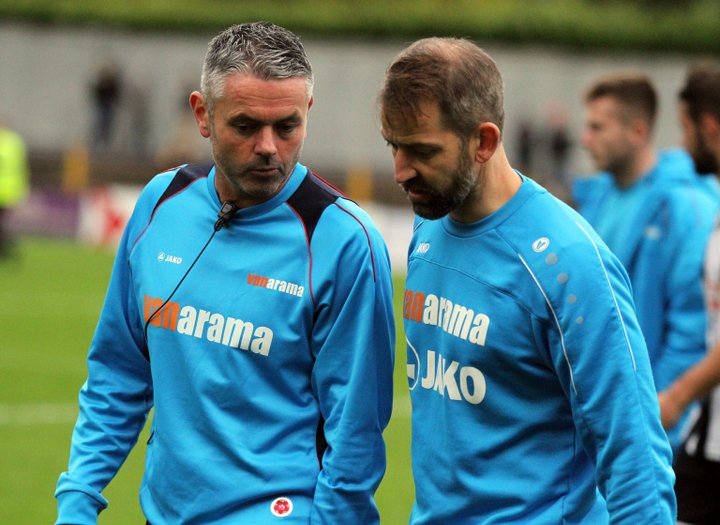 The pressures of football aren't for everyone. For managers especially, your destiny is in the hands of a group of people who are going to work just feet in front of you.

If they do their job, great. If not? You're in trouble. Then you have to deal with the fall out - from them, the fans and the board. Management isn't for all but Bath City's new manager Jerry Gill had a choice if he wanted to jump aboard the famous merry-go-round.

He could have carried on doing what he was doing with no strain and no stress. But that would have been the easy way out.

"I've been in academy football, under 18s and under 23s, for a lot of years now and I've been waiting for that special opportunity to move into senior football," said Gill, the 47-year-old who makes his home bow as a manager this weekend against Chelmsford City in the FA Cup.

"I've wanted that feeling of waking up on a Saturday morning, plotting how you are going to get three points and what that would mean to the table. You don't get that in what I've been doing, as much as I loved the coaching side.

"Last weekend I had that for the first time as a manager and you can't beat it. I'll never be too up, and I'll never be too down. I said to our players after St Albans game that it wasn't a disaster. I know we can play a lot lot better."

Gill could have ducked it. A lesser man may have taken a watching brief for a very difficult away game, let the caretaker carry on and have his first game in charge at home in a game they should win.

Bath City's new manager was having none of it when others have done before. As a player who made 164 appearances for the club, he never shirked a challenge as a player and doesn't seem to have changed his philosophy as a manager.

"I had to do the game, it would have sent out the wrong messages if I didn't," he added. "I didn't go on the bench but it was my first game. I learned a lot from the stands even though we lost 2-0. I thought there was nothing in the game, so there was plenty of positives to take.

"We need to be a bit braver and bit more confident with the ball. That may take a number of weeks to get my message through, but that will come. It won't happen overnight but I know we'll get there."

He had no hesitation in returning to Twerton Park and says his club will be challenging for the top seven.

"It's like a homecoming," he said. "I loved it as a player here and know what the club is all about. I know what kind of a club Bath City is, what it can be again and really what I want to make it.

"Don't forget, I've been there on days with three or four thousand people inside the ground. It's a club that is on the way up again.

"It's not going to just happen. It's going to take time, that's why I signed on long term here. It's not a quick fix thing. The ambition and the drive from the board is there for everyone to see I think.

"You're not going to see dramatic changes from the off. It'll be the team of old, but it will be a team challenging for the play-offs."

He will be keeping legendary Bath man Jim Rollo involved after holding the fort as caretaker.

"Jim is on board, there was never a shadow of a doubt that he was going to be a part of things," Gill adds.

"Not many people know Bath City more than he does. He's a great charter, a fantastic lad and I'm really glad he's coming on the journey with us."