The Four FA Trophy Ties To Watch Out For This Weekend 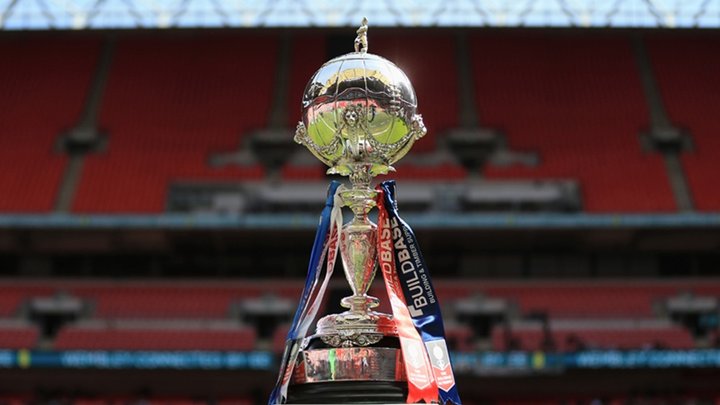 Much of the Vanarama National League takes a break from league action this weekend as the FA Trophy makes its first appearance of 2022, writes Josh Goodman.

Just 32 clubs remain in the competition – 25 of whom ply their trade in the Vanarama National League.

Here are four fixtures to keep an eye on this weekend.

Parkway booked their unfamiliar visit to County Durham with a penalty shootout win over Dulwich Hamlet in the Third Round.

Spennymoor have enjoyed a more comfortable route to this point, beating Northern Premier League side Radcliffe 1-0 back in December.

Plymouth have won each of their last five in all competitions, but a string of postponements means they are yet to take to the field in 2022.

The Marketmen have not lost on their travels in more than two months and got the better of National League side Wealdstone in their Third Round outing.

Having previously gone 11 matches without loss, Yeovil have hit a rough patch of late with four defeats from their last four.

After being a goal down to Woking in the Third Round, the Glovers turned the game around with an explosive final 10 minutes which saw them race to a 3-1 victory.

The Daggers put their guests to the sword in league action with a 3-0 win back in October.

Dagenham reached the Fourth Round with a victory over Truro City on penalties, having conceded a late equaliser which left the well-travelled Londoners sat nervously for the finale.

It has been six years since Daryl McMahon’s side progressed beyond this stage.

Southend earned Saturday’s meeting with a comeback win over Dorking Wanderers. United are on their best form of the campaign, with three wins and a draw from their last four in all competitions.

The two sides met in the FA Trophy back in 2016, when Boreham Wood came from behind to win 3-2 in a replay of the Third Round.

The Wood have not been beaten at home this season and are on a fabulous run in all competitions, with a Trophy win over Barnet and an FA Cup victory over AFC Wimbledon each coming within the last five matches.

Maidstone beat Billericay Town in the Second Round before a walkover against Maidenhead put them into the current round.

Hakan Heyrettin's side have been in red-hot form of late and come into this tie unbeaten in 10 matches.