The Chase Is On! It's Make Or Break For County This Week 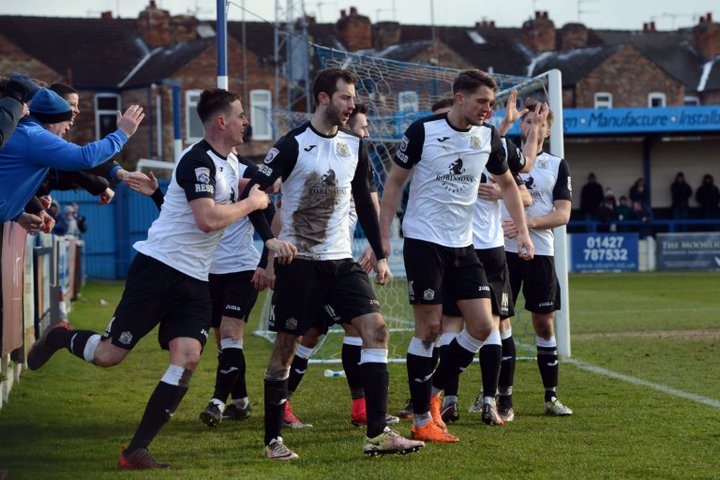 Jim Gannon knows it’s ‘a massive week’ for his Stockport County side as they look to break into the National League North play-offs.

County have been on the cusp of the top seven for a while now but will be buoyed by Saturday’s 3-2 win at Gainsborough Trinity.

They welcome out of sorts Boston United to Edgeley Park on Tuesday night before hosting Leamington at the weekend.

Gannon will be hoping for six big points and he says the Hatters will be concentrating on their own business rather than focusing on scores elsewhere.

He told Imagine FM: “At the moment it’s hard to judge the League because there are some clubs that have played more games than us and others like Spennymoor who have played less.

“From our perspective, we’ve just got to recover ahead of Tuesday. The squad is looking really strong now.

“We’ve got to be careful with what team we put out on Tuesday. We want a team out there with plenty of energy that can feed off the fans.

“If we can get a win at home then that sets things up brilliantly for Saturday (home to Leamington). We have to look after our own business - it’s a massive week for us.”

 Southport Reveal Exciting Plans For Future Of The Club The Vanarama National League North side have announced stadium refurbishment work and plans for the community and college academy.

On this Day: Action From The Archives (March 20th)  As we gear up for another important Tuesday night of action across our three divisions, we take a stroll down memory lane to look at what happened on this day.