Team Of The Weekend: The National League North 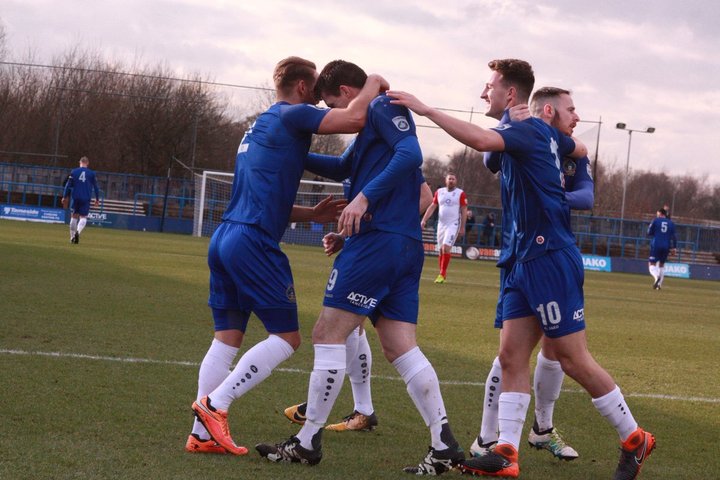 There was plenty of important of results in the Vanarama National League North, but which players really stood out?

Drama was high during the past few days with leaders Salford City and second place Harrogate Town both winning, writes Tom Feaheny.

But who were the players that made it all happen?

As we do every week, we get on the phone to club officials, reporters and managers to gage their views on the weekend’s best - and build a squad of 16.

Here is what we’ve come up with following Saturday’s National League North games.

How do you rate our selection process? Take your view to twitter and let us know your views @TheNationalLge

Goalkeeper: Dean Lyness (Nuneaton Town)
A clean sheet against a free scoring side, with some impressive saves means Lyness gets in the team.

Defence: Steve Howson (Southport)
Howson is a key reason for Southport's impressive run of form, he once again led the line.

Defence: Danny Livesey (Salford City)
A goal and a commanding display at the back helped the Ammies leave Alfreton with all three points.

Defence: Liam Kitching (Harrogate Town)
The defender extended his loan from Leeds United until the end of the season, and this was another impressive performance that helped Town get an important win.

Midfield: Jake Dunwoody (Curzon Ashton)
The Stoke City loanee has done a good job since joining the side, he helped Ashton in their victory at home.

Midfield: Alex Newby (Chorley)
A constant threat cutting inside on the wing, after recently joining the club, Chorley fans will be delighted with how he played.

Midfield: Darren Stephenson (Stockport County)
A good performance by the midfielder who linked up well with the attack.

Striker: Ahmed Obeng (Leamington)
An important match winning goal and a performance that played a big part in Leamington gaining the victory

Striker: Dale Hopson (Blyth Spartans)
A brace by the forward who continues to impress for Blyth.

No Prior Warning! Jason Is Back With A Bang For Havant  Havant manager Lee Bradbury saluted his side going second in the table - and striker Jason Prior’s return to goalscoring form.