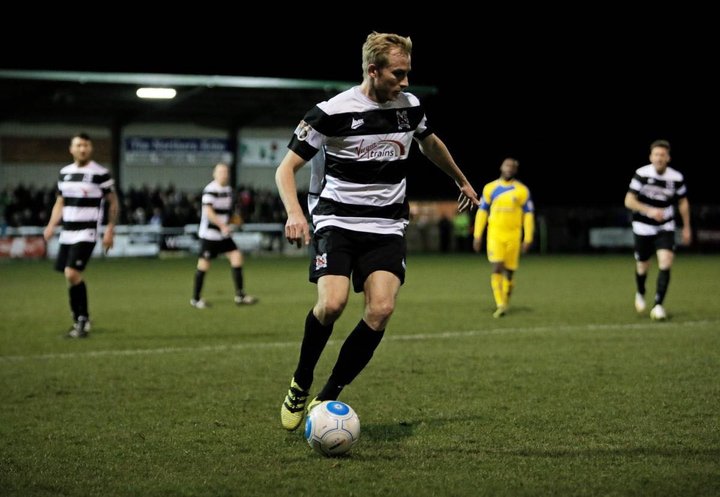 After last season finishing inside the play-off places but not competing in the knock-out competition Syers believes they can do it again, with the big kick-off less than a week away, writes Tom Feaheny.

"We know we can do it after last season, we took the positives from it all for this campaign, we know it will be tough with a few more full-time teams involved, those added two play-off places mean most sides can aim for that chance to go up."

"We have had a good pre-season and we know how important that will be for us."

He added: "I can't wait for it all to begin, that first game is always a little tough as you have to readjust but playing Saturday and then Tuesday for a few weeks will get us feeling ready."

"The way the season goes you can play six games by the end of the third week it means a good start is vital and I am confident we can get that."

They had their last pre-season game in a 0-0 draw away at Guiseley and the midfielder said that it was the kind of game they needed.

"I thought it was a useful pre-season game that was the intention for us all, it felt like the tempo of a league game that is important as it really helps me and my teammates be prepared for that opening game

"I felt the quality wasn't quite there for us during this game but we will have a 46 game season and that will be the case then as well for some matches, both teams were solid."