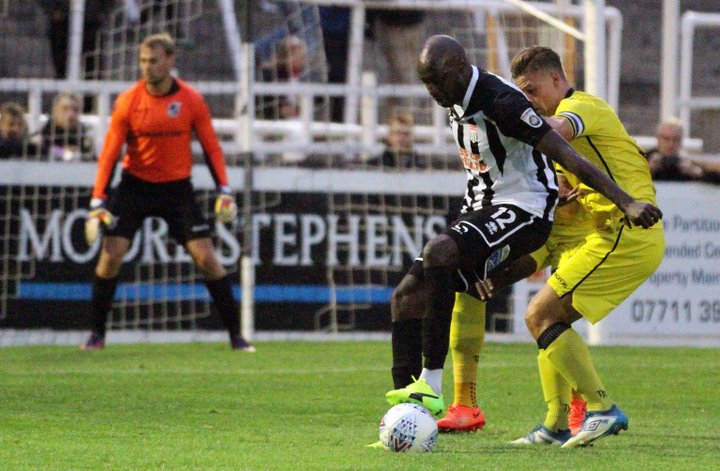 The new Bath City ownership model is already having a positive effect on the club.

Romans manager Gary Owers is certainly feeling the benefit of having the fans in charge at Twerton Park, he says.

The club have enjoyed a fruitful pre-season and there is talk about an attempt at promotion in 2017-18.

Bath's manager suggests they are in it to win it and the community takeover is a big step forward.

They Vanarama National League South club have been boosted by added investment and their budget has been increased from last season because of the change at the top.

"It's so far so good in terms of the new ownership," Owers said ahead of today's game with Yate Town.

"It's been positive, but one step at a time. Things won't change overnight but there are some good signs that we're certainly heading in the right direction.

"Pre-season has been encouraging. Now we need to start the new season well."

Owers told us last week that picking hard friendly games was part of a plan to sharpen up his side.

His team face a first day examination at Bognor Regis Town, who return to the league after 8 seasons away.

“We set the schedule knowing what we were facing,” the manager said. “We’ve had some very tough games, but that’s the point. We’ve tried to make it difficult to get ourselves ready.

"We have worked the players hard but that's what they need!"

 Sofa So Good For Seagulls As Googlebox Star Signs Up! Weston-super-Mate have made another signing - the new star of C4 show Googlebox!