Styche Wants His Goals To Help Darlo Climb The Table 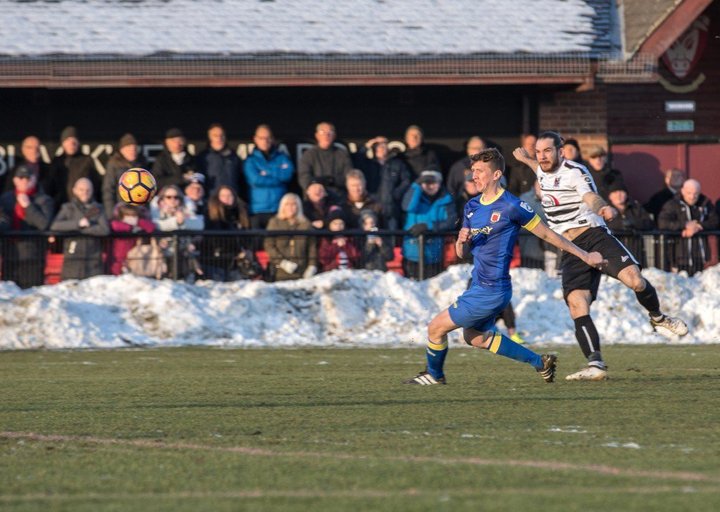 Darlington striker Reece Styche says he is enjoying his time with the club but knows results need to improve.

Styche has scored eight goals so far for the club, although so far they haven't helped the side gain victories, writes Tom Feaheny.

"I am loving my time at the club so far, we are in a bit of a bad run at the minute but we have had very good performances where we haven’t quite turned into wins," Styche said.

"It’s great to get off to a good start at a new club and thankfully the fans have taken to me which is great. I still feel I have more to give though."

Styche left one National League North side for another by moving to Darlington from Tamworth, he said Tommy Wright played a big part in him joining.

"I made the move to Darlington because they offered me and my family security with a 2 year deal, linking back up with Tommy was massive though, I think if it had been any other manager I would probably have stayed where I was.

"Having a manager that knows you and has managed you previously is a great starting point. So he had a massive effect in me joining. One thing I can say with Tommy is I find his man management first class, even though he could probably dig people out or go mad when we aren’t performing he always looks at the positives. He takes pressure off you and just makes you go out and express yourselves."

Styche believes that with the quality in the squad, they should be aiming to climb the table as soon as possible.

"We now need to repay that with wins which I’m positive will come. It goes without saying that our main aim at the minute is to get that win that we deserve from our performances and then push on and get ourselves out of the trouble we are currently in. We have some very good players here and we shouldn’t be where we are. Everybody knows that."

Styche has certainly gained fans through his goals for the side but also how he has celebrated them from jumping into a pile of snow to forward rolls, he is keeping his cards close to his chest with what he has planned next.

"You’ll have to wait and see what the fans requests are for the next celebration! I tend to do what they request!"

The Numbers Game: Stats From The National League  The Vanarama National League hasn’t disappointed this season, providing us with three extremely competitive divisions we can’t take our eyes off.